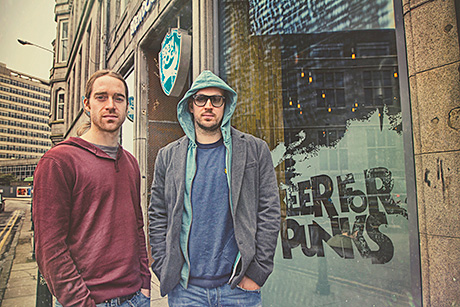 The Aberdeenshire craft brewer and pub group, whose beers include Punk IPA and Dead Pony Club, has generated three quarters of the £4 million target it set for its most recent Equity for Punks initiative, under which 42,000 shares were made available to beer fans at £95 each.
The funding scheme, which raised £1 million in its first day and follows a similar crowd funding initiative in 2011 which generated £2.2m, will support further expansion of the brewery, a new chain of bottle shops across the UK, and the growth of its burgeoning bars division, which was launched in 2010 and currently stands at 12 outlets, including its first overseas unit in Stockholm.
Under the FSA-accredited Equity for Punks scheme, beer fans can buy shares in the craft brewery online.
As well as owning part of the Brewdog business, investors receive a lifetime 5% discount in Brewdog’s craft beer bars and a discount of up to 20% in its online shop, depending on the size of the investment. Equity for Punks members will also be invited to attend the company’s AGM, which includes beer tastings and live music.
Brewdog co-founder James Watt, who set up the company with Martin Dickie in 2007, said reaching the £3m mark is a major milestone for the firm, which has 187 employees and is said to be on track to turnover £20m this year.
“Raising £3million in just two months demonstrates the epic support behind the craft beer revolution,” he said.
“We are now well past our previous record of raising £2.2m in 2011, and fast approaching our £4m target, with over 10,000 individual investors now owning shares in Brewdog. Equity for Punks is rewriting the rules of business finance and it’s putting our customers right at the heart of our operation.
“The phenomenal success of Equity for Punks has proven how much our fans believe in our mission to redefine the UK beer scene. We want this expanding community of beer punks to share in our growth and come along for the ride.”

Image – Martin Dickie and James Watt set up Brewdog in Aberdeenshire in 2007.