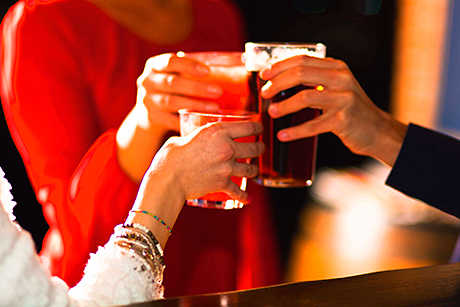 PROPOSALS to force all licensed premises across the Highlands to use toughened or plastic ‘glasses’ after 9pm “cannot be justified”, according to a pubs trade group.

Highland licensing board suggested the measure as part of the consultation on its new licensing policy statement, which all boards must have in place by November.
But responding to the consultation Patrick Browne, chief executive of the Scottish Beer and Pub Association (SBPA), said introducing the policy across all licensed premises would be “disproportionate”.
“The SBPA is in full support of policies designed to target and tackle the violent thugs who use glass as a weapon,” said Browne.
“Whilst recognising that the issue is a very serious one, the industry opposes a blanket ban on glass on the basis that it cannot be justified in terms of cost or risk and is in our opinion a totally disproportionate response to the issue.”
Under the ‘plastic glasses’ section of the consultation document, the board has suggested several different options relating to the use of plastic containers in premises, one of which is to compel all licensed premises, including pubs and restaurants, to serve drinks in plastic containers after 9pm. The policy currently only applies to late-opening premises.
The plan drew criticism from operators when it was first announced, with Ally Smith, owner of the Volunteer Arms in Fort William, branding the use of plastic containers “totally unnecessary”.
In addition to its position on plastic containers, the SBPA also took issue with the Highland board’s proposals to stop pubs from opening early on SPFL match days.
In its consultation document, the licensing board proposed reviewing its existing policy, with one suggestion being a blanket ban on extended hours for match days. The document mentions evidence presented by Police Scotland of “an increasing number of incidents and crowd control issues arising as a result of excessive pre-match drinking”.
“We do not believe that sufficient evidence has been produced to demonstrate that there are an ‘increasing number of incidents’ requiring a change by the board of its policy,” said Browne.