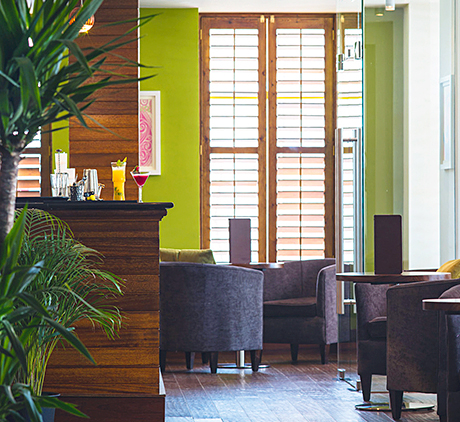 A NEW cocktail bar has been launched at Indian restaurant Mithas in Leith.

Forming part of the eatery, the new bar is said to be one of the first in Scotland to offer Indian inspired and infused cocktails; drinks on the menu include the French Connection – a combination of Remy Martin Cognac and Cointreau which is infused with nine spices and flambéed to add extra heat.
The bar’s launch comes after owners the Kushi family, who also run Kushi’s in Edinburgh, appointed in-house sommelier Glen Montgomery to help diners select wines from the 100-bin list to match the Indian dishes on the menu.
Group general manager Jaimon George said: “People don’t normally associate good wines and cocktails with Indian food but it’s amazing what matches can be made. It’s so different from what other Indian restaurants offer so I’m sure it will go down a storm.”

Image – The new bar at Mithas.