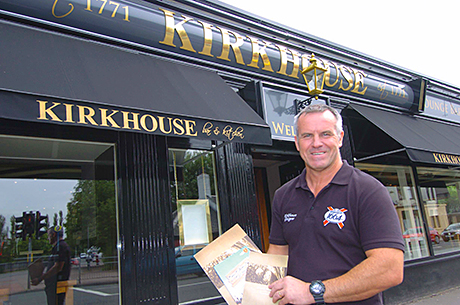 FIVE Scottish bars are to benefit from a £603,000 investment by Heineken-owned pubco Star Pubs & Bars over the next four months.

The premises, located in Edinburgh, Glasgow and Inverness, are included in the pub company’s refurbishment scheme which aims to “broaden each pub’s appeal” and “increase income streams where possible”.
Work is already underway on a £249,000 refurbishment of the former Otto Bar in Glasgow’s west end, which has been closed since 2012.
The project will comprise a full overhaul of the bar’s interior and exterior, including a new kitchen, bar, booth seating, furniture and lighting.
Scheduled to re-open in October of this year as The Hill, the outlet will be marketed as a contemporary bar aimed at young professionals.
Lessee Audrey McCraken said the investment showed “a real commitment to our business, which was the reason why we were keen to take on the site”.
The revamp of The Hill comes after Star Pubs & Bars spent £700,000 on other outlets in its Scottish estate in the last quarter.
This included an exterior refurbishment of Glasgow pub the Kirkhouse; food sales are said to have doubled and drinks sales are up 20% since the venue re-opened in June.
Lessee Frank Healey contributed £20,000 to the project, with Star Pubs & Bars adding £70,000 to fund the work; the project included the installation of new windows, which Healey said has made it easier for customers to see into the pub from the street and attracted more family custom.
“Prior to the new windows going in the passing trade we had was minimal,” he said. “They didn’t realise that we were a pub that did good food.
“Changing the size of the windows has transformed the pub in its entirety in terms of food and wet sales.
“People are careful and budget for going out at weekends. We offer customers food and drinks promotions; a family of four can have a meal and soft drinks, house wine and beer for £20.”
Chris Jowsey, trading director at Star Pubs & Bars, said: “It’s a tough time to run a pub with more and more people spending less time and money in pubs.
“To reverse this trend and be successful in today’s market, pubs must improve their offering to customers and this means investing in pubs to create a welcoming and relevant environment to all customers.”