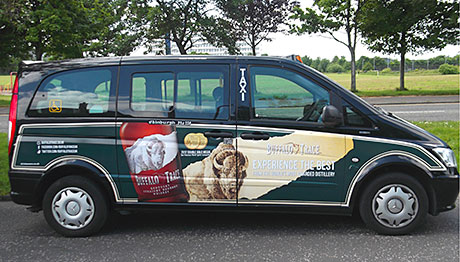 BUFFALO Trace, the American bourbon brand, will be touring Scotland’s capital next month in a push to coincide with the Edinburgh Festival.

Ten liveried cabs will be in the city, while various bars will be promoting oak-aged Buffalo Trace cocktails.
The brand will also sponsor The Thinking Drinker’s Guide to Alcohol. Hosted by drinks writers Ben McFarland and Tom Sandham, the show will take place as part of the Edinburgh Festival Fringe.
“During the Edinburgh Festival, tens of thousands of visitors will see the fleet of Buffalo Trace taxis, and hopefully be spurred on to sample a bourbon cocktail,” said Dan Bolton, managing director of the brand’s UK distributor, Hi-Spirits.