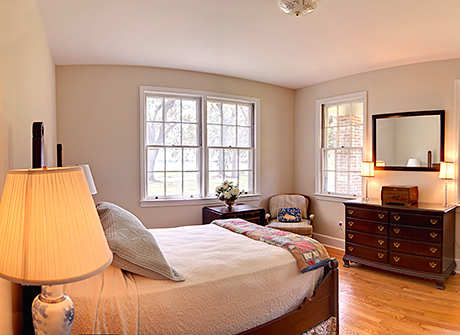 PUBS are increasingly competing with other accommodation providers as operators invest “significant amounts” in upgrading letting bedrooms, a new report has claimed.

RPBI’s Pub Accommodation Report 2013 said licensees and pub companies are “quietly spending money” adding and revamping rooms, resulting in a “new phase of growth” for the sector.
The research claims that if ‘pub with accommodation’ was a single brand it would be the second-largest in the UK, “snapping at the heels” of some hotel chains.
Perceptions of pub accommodation are changing, according to the report, with 41% of respondents to a consumer survey conducted as part of the research claiming they would prefer to stay in a pub against 23% in a branded hotel.
A separate survey of pub owners found that those running pubs with accommodation are “upbeat, confident and anticipate growth” in the sector.
Almost two-thirds of the operators surveyed said they expect accommodation revenue to grow over the next 12 months, while one-third anticipate income from rooms to be similar to the previous year. Just over half of all pub owners said they plan to refurbish their rooms within the next year.
RPBI predicts pubs’ combined turnover from accommodation could reach £750 million if they achieve the same average levels of occupancy and room rates as provincial hotels.
“Pubs have always offered accommodation; it is hardly a new market,” said the report.
“But, with all the focus on food and other industry issues, this potentially lucrative revenue stream has often been overlooked. That is starting to change and pub owners and pub companies are putting more focus on rooms.
“Pubs are investing significant amounts in accommodation, and will need to wait longer to see a return on their money than other, more immediate investments.
“But, done well, this is a long-term revenue source for the pub industry and a way of maximising the value of properties.
“Happily, the majority of pub operators are increasingly understanding that a diverse customer proposition, delivered excellently, is the way forward. And, increasingly, letting rooms are part and parcel of the future shape of the pub.”

Image – Staying in a pub was said to be preferable to a branded hotel, according to the RPBI report.