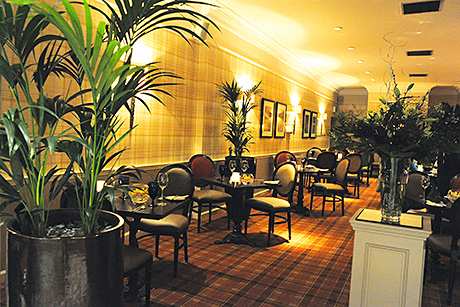 AS a schoolboy, he worked as a part-time porter at the hotel. Now, 44 years later, Douglas Douglas calls the Bruce Hotel in East Kilbride his own – and he has just overseen a major refurbishment project to put his own stamp on the property.

The revamp came just seven months after Douglas bought the hotel out of administration from business recovery and insolvency firm Johnston Carmichael, which had run it since October 2011.
“I was maybe letting my heart rule my head a bit,” said Douglas of the acquisition.
But then he had big plans for the hotel from the outset.
Douglas, who formed Halcyon Hotels Limited in 2012, told SLTN his goal was to create a multifaceted business spanning a 65-room hotel, wedding and function venue, restaurant, conference centre and nightclub.
And he turned to Gerry Thompson of Thr3 Design, whom Douglas has known for 30 years, to create the new look.
“I gave him a brief and trusted him to do it,” said Douglas.
“He has great ideas.”
Keen to give the hotel a traditional look, Douglas wanted to incorporate elements of local and Scottish history as part of the refurb, which was carried out last winter with the business trading throughout.
Thompson used black and white photographs of local landmarks, including East Kilbride Old Parish Church, built in 1774, in the foyer, lounge and restaurant.
Named Guy’s after Douglas’s father, the 80-cover restaurant, which had been used for private functions during the administration period, is now open to locals as well as hotel guests.
“It’s doing very nicely,” Douglas said.
“The restaurant was closed and only took function business. At the end of January we started trading as a restaurant again.
“We’ve started doing Groupon deals and we’re also pushing it for tour groups. We’re getting good responses.
“People are coming back that hadn’t been in for years. One older couple said it was like a walk down memory lane.”
Also open to both locals and hotel guests is the Skye Bar, which operates as a bar lounge during the day with children permitted until 6pm and as a late night club venue with a 3am licence on weekends.

We’re on track for hotel turnover to double this year.

The space has been given a bold purple colour scheme, to replace the previous neutral decor, and fitted out with booth seating and new lighting systems above the dancefloor area.
Douglas is confident the nightclub will become a key part of the Bruce Hotel business.
“When I was here, downstairs [the club] was a real money spinner,” he said.
“So I’ve taken on a couple of younger lads to rebrand the club nights.”
With the bulk of the revamp now complete (Douglas said the refurbishment of the last few rooms has been delayed because the hotel has been fully booked), Douglas said he is confident of its future.
“It was a bit like raising the Titanic,” he said.
“I’m very happy with the work.
“We’re on track for hotel turnover to double this year.” 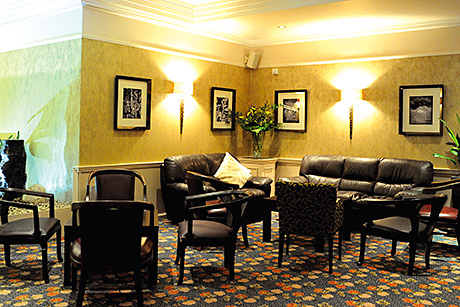 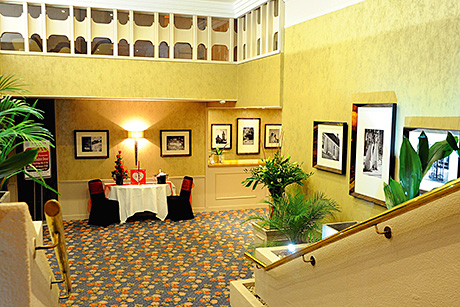 Images – Back and white images of local landmarks hang in the Bruce Hotel’s lounge.