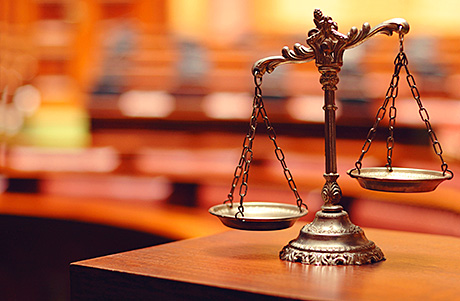 THE raft of new alcohol and licensing legislation introduced in recent years has led to increased red tape, financial strain and confusion for the Scottish trade.

That’s the view of licensing lawyers contacted by SLTN, who criticised several areas of the legislation for having increased the administrative and financial burden on operators.
Audrey Junner, an associate at Hill Brown Licensing, said that although the creation of a single premises licence had the potential to streamline the licensing system in Scotland, in fact the opposite has happened.
“In reality, the trade has been stuck with more bureaucracy, a continuing lack of consistency across licensing board areas, a raft of complex changes to the law (with more on the horizon) and added financial burdens,” she said.
“What’s more, businesses in the trade will have to start digging into their pockets next year to fund refresher training for personal licence holders – a process which many of my colleagues believe will be unnecessarily burdensome and expensive.”
The premises licence is one of the main areas in which operators have found themselves caught out in recent years, according to Caroline Louden, head of the licensing and gambling team at Lindsays.
“They [operators] forget that the premises licence includes an operating plan that dictates everything that can happen on that premises,” she said.
“We still see premises licences which don’t allow access by young people, for example, and recently a client was prohibited from holding a ‘foam party’ because this was not listed as an activity in the operating plan.”
The result, said Loudon, is that there is now greater pressure to create operating plans that can stand up to any future legal problems.
“We now work to deliver not just ‘workable’ premises licences, but premises licences that will stand political pressure,” said Loudon.
And it seems the effect of the legislation hasn’t only meant more headaches and lighter wallets for operators.
“The number of licences has fallen from 22,500 to 16,300 in just a few years and some of those closures are down to the red tape and increased costs that came with the 2005 Act,” said Stephen McGowan, head of licensing at TLT Solicitors.

In reality the trade has been hit with more bureaucracy, a lack of consistency across board areas and added costs.

There have also been concerns over the emergence of a ‘two-tier’ licensing system, where larger operators with the power – and funds – to fight sanctions imposed by licensing boards are perceived to be treated differently to smaller, independent operators.
“I watched a board recently refuse an off-sales licence [with objectors present] on the basis of the public health objective and openly acknowledge that if the client had been larger and the threat of appeal greater, they would not have taken such action,” said Loudon.
“If suspension periods were analysed, I think that independent operators will have come off worst but I wonder if it is a question of diligence. A bigger operator may be able to show very sophisticated diligence procedures and avoid sanction, whereas a small operator may comply but be less able to prove it.”
However, McGowan maintained that the nature of the current system, which allows boards to issue sanctions that take immediate effect, means it can be tough on operators of all sizes.
“I have acted for both large national organisations and small independents who have been on the receiving end of sanctions which should have been appealed but were not, due to financial implications,” he said.
“One of the issues is with the practise of issuing short, sharp suspensions which take immediate effect leaving little or no time to seek an interim recall of the decision.”
It seems it’s not just operators that have borne the brunt of the new legislation though.
The introduction of the 2005 Act has also impacted on the role of licensing solicitors, said Loudon.
“The way that the 2005 Act and associated regulations are framed means that we are required to be ‘political and business strategists’,” she said. “We are not only advising on how to achieve something in straight forward licensing terms, we are looking at how to ‘future proof’ the business, especially with the rise of the health lobby and particular political focus.”
And the controversy surrounding licensing and alcohol legislation looks set to continue.
The Scottish Government’s Further Options for Alcohol Licensing paper, which was out for consultation earlier this year, included proposals for increased police powers that would allow police to close all licensed premises in a geographic area around events such as football matches.
“There are plenty of powers to deal with problem pubs on an individual basis and blanket closures would be a wholly disproportionate step, particularly since the much narrower existing powers have never been used,” added Junner.
“As the Scottish Licensed Trade Association has pointed out, restrictions on pubs would need to be linked to an alcohol ban in stadiums’ hospitality suites, as well as off-sales outlets near football grounds.
“I simply can’t see this proposal going forward.”

Image – Has the Licensing (Scotland) Act tipped the balance of power away from the trade? Lawyers have criticised several areas of the legislation.