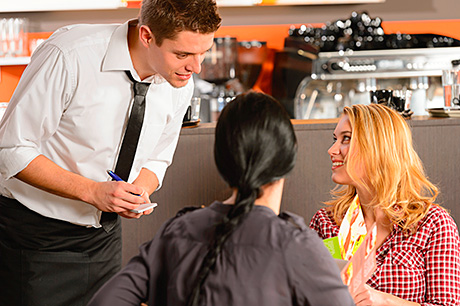 THE UK Government must provide greater support to the tourism and hospitality industries in order to ensure growth, according to the British Hospitality Association (BHA).

The organisation, which represents hospitality businesses across the UK, said the industry is on track to create 30,000 new job opportunities for young people by 2015.
However, the continued growth of the industry will rely on more support from the government, said the BHA.
Speaking earlier this month at the British Hospitality Summit, BHA chief executive Ufi Ibrahim said that the “Olympic legacy is in danger of being forgotten”, adding that government “must act” on four key issues affecting the hospitality and tourism industry.
Among the BHA’s key policy concerns are a desire to see increased UK airport capacity, VAT to be cut to 5% for the hospitality industry, a reduction in “exorbitant” airport taxes and the creation of a cross-ministerial task force to “shape the growth strategy” for the hospitality and tourism industry and then oversee its delivery across all government departments.
Ibrahim described the UK hospitality sector as a “great British success story” demonstrating “huge economic potential for export and staycations,” but warned that the UK government “must aim to take global competition seriously and act like a major competitor in the global hospitality and tourism marketplace”.
“We present a clear choice for the government and the hospitality industry,” she said.
“Either we are content with a ‘steady as she goes’ approach or we jointly pilot a path for a more ambitious strategy.
“Growth is getting harder to maintain because of international competition and the weak economy.”
The organisation said the projected 30,000 new industry jobs would include 14,832 permanent positions, 11,103 apprenticeships and 5157 paid university placements.
Several of the BHA’s member companies, including Whitbread, Accor, Hilton and Marriot, have committed to the initiative and pledged to create job opportunities to help meet the target.
“The BHA is galvanising the industry to invest in our best resource – our young people – and from the response we have received so far this is happening,” added Ibrahim. “It’s a powerful message to take to government. ”
Travelodge chief executive Grant Hearn said: “We cannot unleash the true potential of the industry until the government prioritises tourism, and takes steps to remove some of the issues and barriers that prevent growth.
“I urge the government to take immediate action.”

Image – The industry has pledged to create new job opportunities for young people.