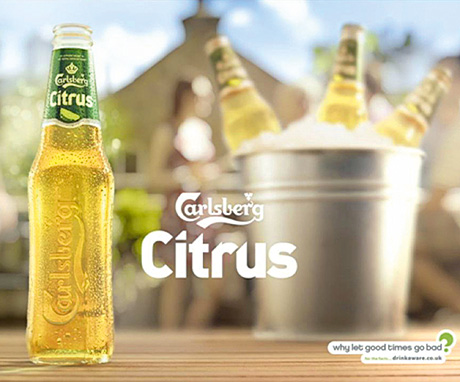 Carlsberg UK’s Citrus lager has made its TV debut in a new version of its ‘Crate Escape’ ad campaign.

The beer, which is blended with Persian and Key limes, was launched earlier this year. It is now featuring in a re-edited execution of a previous Carlsberg ad, promising consumers “even more refreshment”.
The ad has aired in a number of time slots, including during the Champions League final, and the beer will continue to be promoted across terrestrial and subscription channels until the end of this month.
David Scott of Carlsberg UK said summer is “the ideal time to encourage consumers to try a chilled, refreshing Carlsberg Citrus”.

Image – The citrus variant appears at the end of the ad.