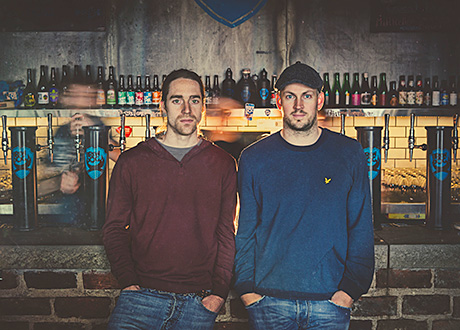 BREWDOG has raised a quarter of its £4 million funding target to support further expansion just days after it launched the share scheme.

The Aberdeenshire craft brewer and pub group, whose core range of beers includes Punk IPA, Dead Pony Club and 5am Saint, confirmed it had generated £1m through its latest Equity for Punks ‘crowd funding’ initiative, which is aiming to sell 42,000 shares at £95 each.
The latest investment scheme, which comes after the firm raised £2.2m through a similar initiative in 2011, will fund further expansion of the brewery as well as adding to its burgeoning bar division and opening a series of Bottle Dog beer shops across the UK. It also plans to open a brewing academy in London.
Investors signing up to the initiative receive a lifetime discount at Brewdog bars and its online shop, as well as owning part of the business.
Brewdog co-founder James Watt, who set up the company with Martin Dickie in 2007, said Equity for Punks “proves there is a viable alternative to the financial establishment”.
“As we need funds for more growth plans, we never considered a bank or an investment group – it’s another opportunity for our customers to benefit from our growth directly,” he said.
“With Equity for Punks, beer fans are able to become part of a revolution – not just redefining beer in the UK, but shifting the balance of power away from the banks and back into the hands of the people.
“We want people to be as passionate about beer as we are – that is the foundation on which Equity for Punks is built.”
The share scheme was launched ahead of Brewdog’s AGM in Aberdeen on Saturday (June 22), where it reported turnover of £10.7m in 2012, with the bars division accounting for £4.3m of that.
The company, which has 12 bars including Aberdeen, Edinburgh, Glasgow, Newcastle, Manchester, Leeds, Camden and Stockholm, said turnover for 2013 so far was £6.4m, £2.3m of which was attributed to its pubs.
Brewdog, which topped the 2013 Zolfo Cooper Profit Tracker – an index of the fastest-growing companies in the UK eating and drinking out market, has also launched a new spirit.
Described as the “offspring of a radical brewing and ice-distillation process”, 35% ABV WattDickie will be available in Brewdog’s bars and from its online shop in 6cl bottles priced at £2.99; the spirit, which is created using an IPA-style beer, will be launched in 700ml bottles later this year.
WattDickie will remain separate from the Brewdog brand and have its own identity and branding, featuring soldiers with shark and fox heads.
James Watt said the new spirit is “beyond innovation”.
“This is alchemy and apothecary,” he said.
“There was no hypothesis here, no ‘grand plan’, just an innate need to see what was possible. This is science fiction. It’s the dawn of a new era.
“Welcome to a strange new world.”