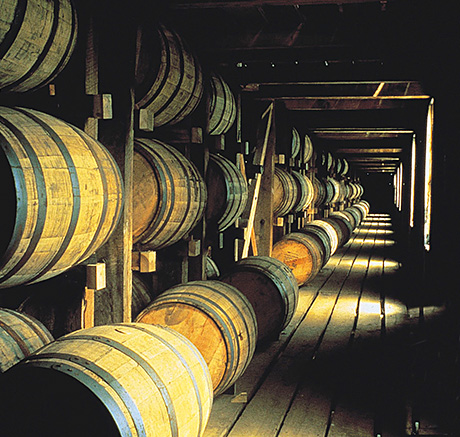 SCOTTISH consumers are broadening their horizons and experimenting with more American whiskies than ever before, according to the brand ambassador for one of America’s most famous spirits.

Tom Vernon, who recently took up the mantle of brand ambassador for American whiskies at Bacardi Brown-Forman Brands (BBFB), the firm behind Jack Daniel’s, said there is a growing interest in the category, particularly amongst younger consumers.

People are short of money at the moment and, therefore, take more care and look into what they’re drinking.

“The really nice thing I’ve noticed in Scotland recently is that people are getting a much broader perspective of whiskies,” he said.
“People are looking at American whiskey as well, and it’s come very much to the forefront of people’s drinking choices.
“People are a lot more discerning with their money, which is good because if you’re creating premium products it’s nice that people want to spend their money on them.”
While the popularity of shows such as Boardwalk Empire and Mad Men is credited with helping keep consumers’ focus on American whiskey, Vernon said the category is not just being driven by classic cocktails and prohibition-era imagery.
Bartenders in Scotland have embraced the spirit, he said, and are experimenting with new recipes and flavours.
“Training and seminars are giving people the confidence to pick up American whiskey and have a play about with it, try a few new things, and there’s some really exciting and interesting new drinks coming along,” said Vernon.
“And don’t forget people’s palates have changed massively since the 1920s.
“The only reason people were mixing whiskey in the 1920s was to hide the taste because it was so God awful. They were cutting it with all sorts of things.
“We’re making a bit more of a premium product than in the 1920s.”
As well as cocktails, Vernon is promoting JD variants Gentleman Jack and Single Barrel for sipping neat and, in the case of Gentleman Jack, served in a long drink with ginger ale.
And the serves are said to be proving particularly popular with younger consumers.
“American whiskey has that fun and frivolity about it – the roaring ’20s, that fun side, but also that danger element of prohibition,” he said.
“It’s a dark spirit, hand-crafted, and has that sort of essence of cool about it. It’s got a nice, all-round appeal to it, which is nice.”
Young adults are also a key demographic for Jack Daniel’s sister brand, the small-batch bourbon Woodford Reserve.
The brand has been the main focus of recent seminars and bartender training sessions as BBFB tries to grow its presence in the Scottish on-trade.
“In terms of outlets, we’ve definitely looked more towards the premium side of bars,” added Vernon.

The only reason people were mixing whiskey in the 1920s was to hide the taste.

“It’s a very premium whiskey. In terms of target market it’s a discerning younger adult.
“With Woodford it’s about being in the know, but not being a know-it-all; being discerning about what you’re drinking, taking an interest.
“People are short of money at the moment but tend to take a lot more care and look into what they’re drinking a lot more.”