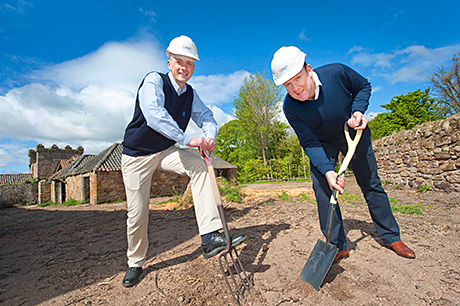 WORK is about to begin on a new single malt distillery and visitor centre in Fife.

The Wemyss family, which owns Wemyss Malts, confirmed final planning permission is now in place for Kingsbarns Distillery, which will be built at the historic East Newhall Farm steading on the Cambo Estate near Kingsbarns Golf Links.
Restoration and building work is due to get underway soon, with distilling expected to commence in summer 2014.
“It’s been a busy few months working with Historic Scotland, Fife Council planners and a team of architects, designers and engineers to get to this point where we can start to turn the plans into reality,” said William Wemyss.
Founding director Doug Clement said: “I’ve been working on this project for a number of years and it’s great to be standing here today seeing the work begin.”