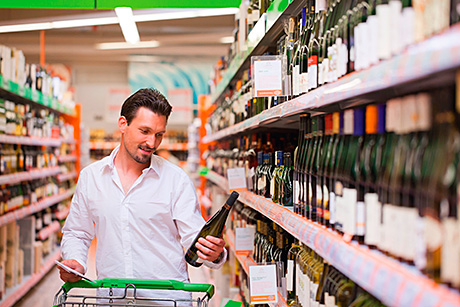 THE raft of alcohol legislation introduced in recent years has had a minimal impact on alcohol sales in larger shops, according to a new report.

The document, published earlier this month by NHS Health Scotland, said the larger off-trade sector “had been largely unaffected by recent legislation in terms of its pricing, was too powerful and was able to overturn decisions reached by boards due to its financial clout allowing it access to the best legal resources”.
The claims echo comments made by SLTA chief executive Paul Waterson in April. Speaking to SLTN Waterson had expressed concern over the emergence of a “two tier” licensing system, where larger companies are able to fight sanctions while independent operators lack the resources.
Titled ‘An evaluation of the implementation of, and compliance with, the objectives of the Licensing (Scotland) Act 2005’, the new report was largely based on a series of interviews with licensing boards and licensing standards officers between 2010 and 2012.
It identified a number of areas in which boards and LSOs felt the Licensing (Scotland) Act had not achieved its stated objectives.
Although respondents said that the Act’s ban on “irresponsible promotions” had been effective in the on-trade, it was thought to have had little effect on alcohol sales in the off-trade.
The subsequent ban on multi-buy promotions, introduced as part of the Alcohol Etc Act in 2011, was also felt to have “barely changed” off-trade sales.
Although it was stressed that the off-trade was complying with legislation, the report found that larger stores were able to circumvent the bans by adapting their offers, including introducing reduced single unit prices.
Respondents to the interviews were also critical of licensing forums, with several interviewees saying they felt forums had “stalled or failed completely” in their purpose.
Among the recommendations put forward by the report were for the Scottish Government to “press for the introduction of minimum pricing once the judicial process has been fully determined”.
Although the report was critical of several facets of the legislation, however, the feedback from LSOs and boards was broadly positive.
“In general, the Licensing Act was viewed as having a positive impact and perceptions of it became increasingly positive over time,” it said.