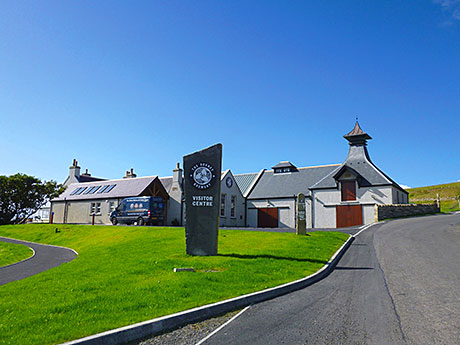 A FOCUS on new flavours and quality ingredients is helping to drive sales of craft beers in pubs, Scottish microbrewers have told SLTN.

Despite consumers keeping a tighter grip on their wallets, producers say growing demand among drinkers for different and more complex drinks has boosted the craft sector.
“Consumers increasingly want greater choice in the products they buy,” said Ewan McCowen, marketing manager at Harviestoun Brewery.
“There is also a trend in them wanting to spend their money on products with provenance. They want to feel connected to the things they consume and the people they buy them from. ‘Neo-localism’ has been a great help to the category.”
The broad range of flavours and strengths of beers within the category is also credited with keeping consumers interested, according to Norman Sinclair, whose Sinclair Breweries company owns the Orkney Brewery.
And he said social media has been key in helping spread the word and engage beer drinkers.
“It brings fun and interest to the beer market and makes things more interesting with them being able to follow brewers and communicate on social media,” said Sinclair.
“Social media is important for the younger drinkers who are very clued up on various points of communication.”
Young drinkers in particular are said to have played an important role in the growth of the category.
“The younger market is more aware of the growing range of products on the market,” said Derek Moore of Kelburn Brewery. “They are much more knowledgeable and adventurous than previous generations.”
In fact, the growing popularity of craft beers among younger drinkers is representative of a wider change in drinking culture, argued Graham Coull, chief executive of VC2 Brands, the company behind craft brewer Traditional Scottish Ales.
“Younger drinkers are trying new things,” he said.
“The ‘stop binge drinking’ message is working and younger consumers wish to try better quality products, new brands and tastes. Supermarkets and Wetherspoon have had a significant impact in widening the appeal of ales where they drive for new consumers and offer huge choice.”
Microbrewers were all agreed that operators must get their craft beer offer just right if they are to benefit.
Paul Miller, owner of The Eden Brewery in St Andrews, advised licensees to consider balancing established craft brands with lesser-known, local beers.
“Offering a regular known brand and a local differentiated beer on cask or keg is a good start,” he said.
“Promote the offering actively. Cask beer usually works very well with food.”
Cask is not the only option for pubs looking to introduce a craft offer, of course.
Steve Stewart, director of Stewart Brewing, said interest in craft keg beers is growing.
“Keg beer is easier to handle with a longer shelf life so it is a great choice for bars that don’t do cask ale but want to put a local beer full of flavour on their bar,” said Stewart. “Choose a brewer with an established reputation, and a full range of beers.”
Changing the beers regularly is another way to maintain interest among pub customers, said Arran Brewery owner Gerald Michaluk.
“The consumer wants to experience new tastes so cater for this by rotating your keg craft as much as you would your real ale selection,” said Michaluk.

Like an a la carte menu, a craft beer offer should change with the seasons.

“You need to have a few ‘best sellers’, but on the whole the range should change regularly.”
Selecting the brand and format is just part of the picture, however. Brewers said operators should also take the time of year into account.
“Like an a la carte menu, a seasonal craft beer offering should be adapted to the season it suits,” said Fergus Clark, managing director of Inveralmond Brewery.
“Just as a good restaurateur will offer heartier, richer fare in winter, and salads in summer.”
Overall, the number of craft beers available in Scotland continues to grow and the trade is in a strong position to capitalise, said Richard McLelland, director of sales at Williams Brothers.
“It always seemed strange to me that great operators would spend so much time on their wine lists, staff training, the sourcing of their ingredients for the kitchen and their spirits selection while their beer offering and in particular their draught offering would always seem like an afterthought,” he said.
“This is now a battle that we are winning and I would even venture that we have reached the tipping point, where enough of the key trail blazer operators have committed to craft beer to influence the rest of the trade.”

Image – The Orkney Brewery is one of the Scottish brewers capitalising on the growing craft trend.