Licensed trade in line to benefit most from a lower rate

A SIGNIFICANT cut in the VAT rate for food and drink could help create more than 670,000 jobs across the UK, according to a new study.

Research commissioned by the Jacques Borel VAT Club, a lobbying group representing pub, restaurant and hotel operators, claims that reducing the VAT rate on food and drink from its current 20% to 5% would help stimulate growth in the hospitality industry.
The study, which surveyed the organisation’s members, found companies would pass on more than 50% of any VAT reduction to customers through lower prices, with the remaining savings used to create more jobs. 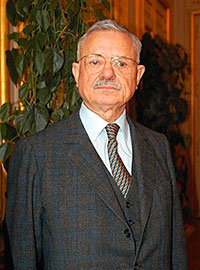 The study also predicted that a 5% VAT rate would help increase customer traffic by between 10% and 12%.
And while the Treasury would see an initial loss of between £5.5 billion, if alcohol is not included in the tax cut, and £7.8bn if it was, the study claimed this would be countered by increased corporation and income tax.
Licensed businesses would account for the vast majority of new jobs created, according to the study.
It predicted that cutting the VAT rate to 5% could create around 290,000 jobs in pubs, restaurants, clubs and cafés, and 30,000 in hotel restaurants as well as 68,000 in catering businesses and canteens and 66,000 in ‘visitor accommodation’.
The report also stated that 60% of the jobs created would be taken up by previously unemployed people.
A reduced VAT rate could also help level the playing field between the on-trade and supermarkets, according to the study.
In a section titled ‘the cost of high VAT rates’, it said: “Lowering the rate of VAT for pubs and restaurants will reduce the unfair competition from supermarkets that sell alcoholic beverages at a loss, financed by the zero VAT rates that apply to their food products.”
Jacques Borel, the founder of the VAT Club, who has successfully lobbied for lower tax rates for hospitality businesses in the EU, said the study shows that cutting VAT would be “a very powerful and cost-effective way of creating employment in the UK”.
“There would be an initial loss of revenue to the Treasury but, as many other countries in Europe have discovered, the losses are quickly reduced – and even made neutral – as the sector grows turnover and creates jobs,” he said.
Thirteen of the EU’s 27 member states have already introduced a reduced rate of VAT to out-of-home foodservice sectors, which includes cafés, pubs and restaurants.
In 2011, VAT for hospitality and tourism businesses in Ireland was cut from 13.5% to 9%.
“The UK should follow the lead of its European neighbours in boosting its economy and creating employment, particularly among the young, many of whom already begin their careers in the leisure sector,” said Borel.
The Jacques Borel VAT Club is supported by a number of pub, restaurant, hotel and foodservice businesses, including Heineken, JD Wetherspoon, Pizza Hut, Punch Taverns and TGI Friday’s.