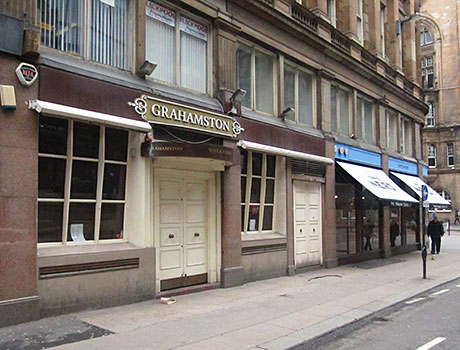 MACLAY Inns has continued its expansion drive with the acquisition of its first bar in Glasgow city centre.

The Grahamston on Waterloo Street, which is said to take its name from a ‘forgotten village’ that was demolished in the late 1800s to make way for Central Station, is expected to be relaunched at the end of August following a £500,000 refurbishment.
Maclay Inns boss Steve Mallon said the new pub will offer fresh, contemporary food and quality beers.
“The Grahamston is a great space with an unrivalled location in the heart of the ‘office land’; it is the perfect spot for our first city centre venue and we are looking forward to starting the refurbishment,” he said.
“These investments are core to our ongoing plans to grow the quality and scale of our portfolio across the central belt. Further acquisitions are under negotiation and we expect to report 2013 as a year of real progress.”
The Grahamston is the eighth pub in the Glasgow area for Maclay Inns, which operates 27 outlets across Scotland.
It comes after the operator launched craft beer bar Munro’s in the former Captain’s Rest bar in Glasgow’s west end.
Maclay’s Glasgow estate also includes The Lee next to Strathclyde University; the Lansdowne, Dram and Three Judges in the west end and two outlets on the city’s south side: The Bank Cafe Bar and Clockwork Beer Co.
In addition to growing its estate the company has also recently invested around £750,000 in refurbishing the Tullie Inn at Balloch and is preparing a £500,000 makeover of the West Port Hotel in Linlithgow.
The purchase of the Grahamston, from Eadie Cairns, was handled by chartered surveyor firm CDLH, which is acting as Maclay’s acquisition agent.
Director Alan Creevy said there are a number of potential acquisitions in the pipeline and that the firm is keen to obtain further properties.
“We are particularly keen to secure opportunities not only in Glasgow but also in Edinburgh and, indeed, other major towns and cities across Scotland,” he said.
“There is no particular Maclay Inns’ pub although we would anticipate a business at present would be achieving sales in the region of £400,000 per annum net of VAT, or the intention of Maclay would be to significantly enhance the income through a major reinvestment. Alternatively, we would be delighted to see more businesses achieving sales in the range of £750,000 to £1 million or more per annum. Maclay is also looking to acquire vacant property, with potential for conversion to licensed units.”

Image – Maclay Inns plans to reopen the Grahamston in Glasgow at the end of August.