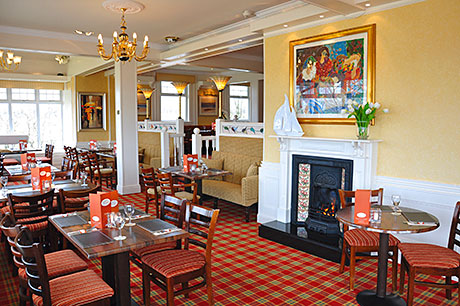 REPLACING a brand that’s been at the heart of a family business for almost a quarter of a century is no easy decision.

That the outlet in question had just chalked up its strongest full-year sales performance for six years – and the busiest Mother’s Day in its history – would perhaps only add to the dilemma facing its owner.
Not Cawley Hotels.
Speaking to Alan Cawley last week, it’s clear he and group manager Stuart King took a somewhat philosophical approach to rebranding and repositioning the last remaining Hungry Monk outlet in Lochwinnoch.
The brand had a strong emotional attachment, having been established by his late father in 1989 with an outlet in Gartocharn; and, at its peak, spanned three of the four outlets in the Cawley portfolio, which also includes Duck Bay Marina at Loch Lomond.
But the company has been gradually phasing out the Hungry Monk brand over the past five years, beginning with the Langbank outlet, which was relaunched as The Wheelhouse, followed by Gartocharn, which was transformed into the House of Darrach – a luxury retail and restaurant destination – three years ago.
As Alan told SLTN last week, revamping the Lochwinnoch outlet was the next logical step – even though it meant the end of the brand.
“The Hungry Monk has been great for us,” he said.
“At one stage we had three of them but it was time to move on.
“We planned to trade [Lochwinnoch] on Mother’s Day and then close that night for the refurbishment. It had the best Mother’s Day [trade] in its history and its best year in six years.
“A lot of people might say why change it if it’s doing well but we felt it was time to freshen it up. And it’s better to go out on a high so Mother’s Day was a great day to say ‘that’s it for the Hungry Monk’.”
With the outlet closed, work got underway on the revamp immediately; the strip-out began that night and local tradespeople, along with Cawley Hotels’ maintenance staff, were on-site at 7am the following morning.
The aim was to relaunch the new-look outlet, to be called The Loch House at Lochwinnoch, in time for Easter weekend – less than three weeks after it closed.
Alan concedes it was a tight deadline.
But then he and Stuart had a clear idea of the changes they wanted to make from the outset.
The success of a carvery, which had been introduced at the Lochwinnoch outlet a couple of years earlier, meant it was to become the cornerstone of the menu at The Loch House.

People’s homes are better than ever now and that’s what we’re competing against. You’ve got to keep investing.

The growing importance of morning and afternoon coffee to the business, coupled with a desire to expand the drinks offer, also influenced the interior, which Alan designed himself.
A new lounge area was created in space previously occupied by a House of Darrach-style retail boutique.
Furnished with newly-upholstered chairs and low-slung ‘tree trunk’ tables, the space also has an open fire and views across the 150-cover outdoor terrace to the surrounding Renfrewshire countryside and the Barr and Castle Semple lochs.
The views are shared by the 180-cover split-level dining area, which has windows along one side and glass doors leading out to the terrace.
It’s furnished with dark wood tables and chairs upholstered in red fabric, which picks up the colour scheme of the bold, contemporary checked carpet, supplied by Stevens & Graham.
Dotted throughout the venue are subtle nods to the loose nautical theme that runs through the Cawley portfolio; decorative items include storm lanterns, barometers, boats and shells.
At the bar, cutting-edge lighting, by North Star Electric, has been used to bring the area to life, with down-lights adding a coloured wash to the mirror and glass gantry and the frontage.
At one end of the bar, a glass cabinet was installed to display cakes, which are made on the premises; while a space at the opposite end of the bar houses the carvery servery units. The kitchen was also overhauled during the refurbishment.
Alan admitted it was a lot of work to complete in two and a half weeks.
The self-funded refurbishment also came with a hefty £500,000 price tag.
“To spend that in two weeks is quite a chunky job,” he told SLTN.
“We re-kitted the kitchen and put in a new till system – I just thought while we’re closed we might as well just do as much as we can.
“I was here every day, generally with a brush in my hand or going to get whatever was needed from builders’ or plumbers’ merchants. And we’ve got a very good team of people who work with us.
“The timescale is crucial because if you’re closed for too long people will go elsewhere.
“There was a lot to do here and I think in my heart I thought it might go to a month, but we did it.
“It’s sympathetic to the Victorian building and it’s got the elements of warmth and comfort we wanted.
“I’m really pleased with it.”
It appears the revamped Loch House at Lochwinnoch has gone down just as well with customers. It reopened in time for Easter with the new food and drink offer (see below) and chalked up a bumper weekend.
And it seems Alan has no regrets about moving on from the Hungry Monk brand.
“I used to think it would be good to roll out a chain and it worked really well with the three outlets for us,” he added.
“But times have changed. Now all of our outlets offer something slightly different to each other and that gives people a choice.
“People’s homes are better than ever now and that’s what we’re competing against.
“You’ve got to keep investing.” 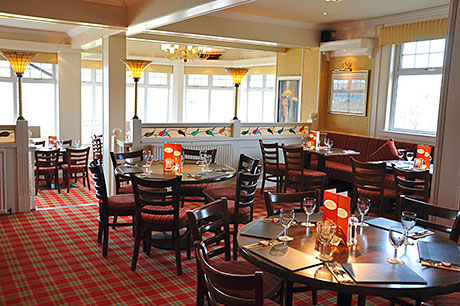