Limited edition whisky to be released at special event on Islay 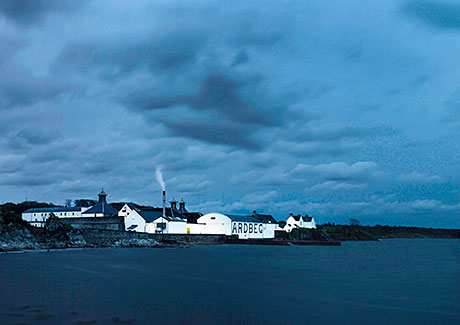 THE peat bogs of Islay are to be honoured in a new single malt from island distiller Ardbeg.

Matured for ten years in traditional American oak ex-bourbon barrels and Spanish Manzanilla sherry butts, Ardbog is said to have a “distinctively salty texture”.
The new whisky will be launched on June 1 – the final day of Feis Ile, the Islay Festival of Malt and Music – at a special Ardbog Day event at the distillery on the south coast of Islay.
As well as the launch of Ardbog, the event will give whisky fans a chance to take part in a host of activities, including bog welly tossing, peat-tasting and organoleptic orienteering tasting.
“Bog welly tossing we’ve done before, but organoleptic orienteering tasting – where participants use their navigational skills to find the manager and his team at each control point and savour some extraordinary drams – now that should be interesting,” said distillery manager Michael Heads.
The launch of 52.1% ABV Ardbog comes after last year’s limited edition release – Ardbeg Galileo – was named ‘World’s Best Single Malt’ at the World Whisky Awards 2013.
“We try to come up with something interesting and enticing for our Ardbeg fans, and we have for years laid down a range of experiments which may or may not see the light of day,” said Dr Bill Lumsden, director of distillation and whisky creation for Ardbeg.
“Ardbog is one such experiment in that it combines two different styles of maturation to create a new flavour experience.
“This dichotomy of savoury and sweet flavours underlines Ardbeg’s status as the most complex of all the Islay malts.”

Image – Ardbog Day will take place at Ardbeg distillery on the south coast of Islay.