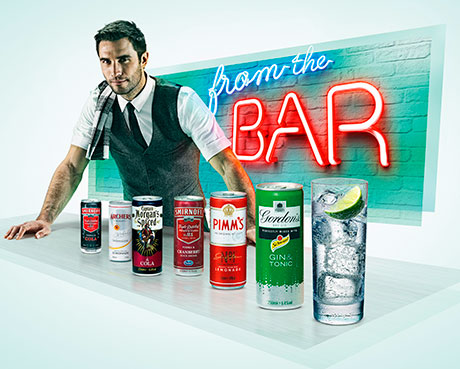 DIAGEO has launched a new marketing campaign to promote its premixed range.

‘From the Bar’ aims to highlight the quality and convenience of the range.
The campaign follows the introduction of new premix variants, such as Gordon’s & Tonic with a hint of cucumber and Gordon’s & Tonic with a dash of elderflower, which were launched in March.
Natasha Chapman of Diageo said: “Premix is the fastest growing alcohol segment in the UK, up 22% in value and 17% in volume year-on-year, so there is a real opportunity for retailers to increase sales by stocking premix drinks from well-known brands such as Gordon’s, Pimm’s and Smirnoff.”