Subscribers before July 1 will benefit from cheaper rates 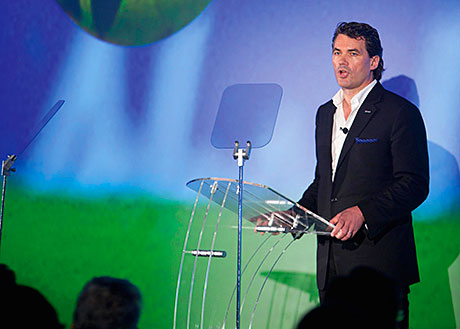 Licensees who subscribe to the new sports package, which will screen 38 live Barclays Premier League games as well as SPL matches and ten Rangers fixtures, before July 1, 2013 will receive the ‘12 months subscription for the price of nine’ deal.
The new sports broadcaster, which will operate three channels: BT Sport 1, BT Sport 2 and ESPN, said the introductory offer will mean around half of the independent pubs who sign up for the service will pay the equivalent of £135 a month for the channels – which it claims “could save 78% versus the cost of Sky”.
BT Sport is also offering a combined room rate for hotels, which will allow them to screen its channels in their bars, gyms and bedrooms; it said this subscription will cost a 65-bedroom hotel £163 a month.
Bruce Cuthbert, director of commercial customers at BT Sport, said the service will be “an open, fun, inclusive place” with a range of different sports and presenters.
“From sports fanatics to those who simply want to see a bit more sport down their local, we believe BT Sport represents an affordable and exciting new service for pubs and clubs who don’t want to change their spots,” he said.
BT Sport will broadcast its first Barclays Premier League game on August 17.
Meanwhile the broadcaster has pledged that domestic customers who already subscribe to BT’s broadband service will receive the BT S
port channels free of charge.