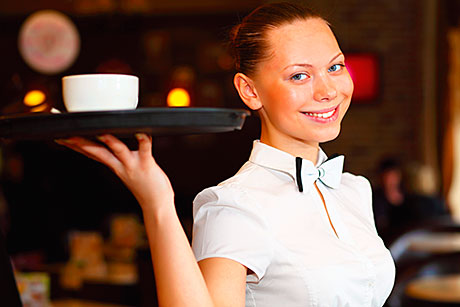 A HIKE in the national minimum wage later this year will have a knock-on effect on the restaurant industry, operators have told SLTN.

Business secretary Vince Cable has confirmed that the national minimum wage will increase by 12p an hour for over 21 year olds and by 5p an hour for 18-20 year-olds in October.
Restaurateurs contacted by SLTN said an increased wage bill will impact on the sector.
Ryan James, owner of The Two Fat Ladies restaurants in Glasgow, said: “There are only two things you can do: cut down on man hours or cut down on employment.
“I’m not saying for one minute that the minimum wage is too high, but for business VAT is at an all-time high and the bills stack up.”
Tim Dover, chef and owner of The Roost in Bridge of Earn, said increasing menu prices to cover the extra cost isn’t viable.
“We can’t demand any more money from our customers, and we’re not in a situation where we can cut hours front of house,” he said.
“If it came to it, my wife Anne and I would have to put in more hours ourselves.
“This would mean an 80-hour week would become a 90-hour week for us.”
However Alex Jackman, head of policy at the Forum of Private Business, said there was some good news for business owners.
“In the current business climate any additional cost is an unwelcome one,” he said.
“However, we appreciate that for the second year running the government has implemented an increase in the national minimum wage that is below inflation, and for this restraint employers will no doubt be thankful.”

Image – Cutting staff hours is not an option for many restaurant operators.