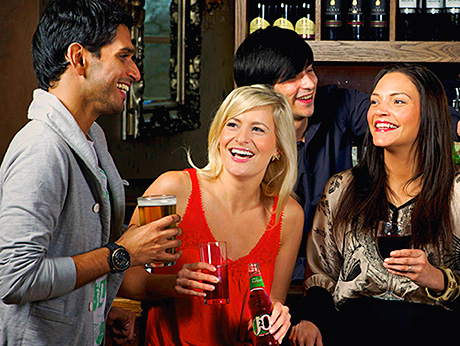 SALES of soft drinks in pubs and clubs returned to growth last year, according to a new report by Britvic.

Against what the soft drinks giant described as a “challenging backdrop”, soft drinks saw “steady value growth” of 1.5% to £2.7 billion in the UK’s pubs and clubs, reversing the value decline of 2011.
Britvic’s Soft Drinks Review said the “resilient” performance means the category has maintained its position as the third-largest in the on-trade after beer and spirits. Draught soft drinks sales were higher than packaged last year, accounting for a 54% share of pubs’ and clubs’ value sales and 59% of volume sales, according to the report.
Growth was attributed to the “on-going popularity” of cola and positive performances by glucose stimulant drinks, flavoured carbonates and juice drinks.
Cola remained the biggest-selling type of soft drink in pubs and clubs, accounting for almost half (47%) of volume sales and 40% of the value of soft drinks sold. Sales of cola in the on-trade were up 3.2% in 2012 to just under £1.1 billion. Energy drinks saw “rapid growth”, with sales up by 19% in volume terms and 29% in value to £193m; the increased use of energy drinks as mixers was credited with contributing to the growth.
Juice drinks and carbonated fruit flavoured drinks also saw significant growth in pubs and clubs last year, with the carbonated fruit category up by 20% in value and 10% in volume terms; and sales of juice drinks seeing value and volume growth of 10.5% and 4.2% respectively.
Paul Graham, customer management director of Britvic, whose brands include J2O, said the soft drinks category has shown its resilience in another tough year.
“It’s accurate to say the on-trade has faced continued challenges and a summer that failed to meet expectations, however, licensees and publicans should remain optimistic,” he said.
“Behind beer, soft drinks are the second-largest consumed drink, making them a vital part of the on-trade landscape and are enjoyed by all.
“Pepsi and Diet Pepsi have seen notable success within pubs and clubs, and our focus on dispense has delivered operational benefits for customers, including speed of serve and consistent quality, whilst also delivering value-for-money for consumers during economically challenged times.”

Image – Soft drink sales in the on-trade were up 1.5% last year, according to a new report by Britvic.