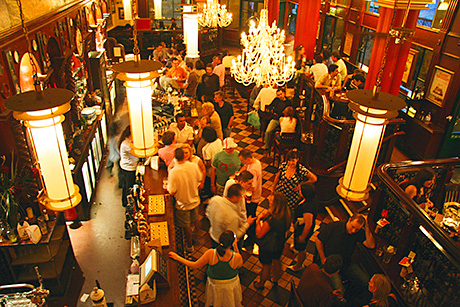 NEW figures showing the number of licences in Scotland has fallen by 3000 since 2007 highlight the impact of licensing reform on the Scottish trade, according to the SBPA.

The trade group said Scottish Government statistics published earlier this month show the move to the 2005 licensing Act in 2009 “resulted in a very significant fall” in the number of licences.
The figures show there were 16,391 premises licences (including private members’ clubs) in force in Scotland at March 31, 2012, up from 16,296 the previous year. However, the number is down on the last available 2007 figure of 19,263 (17,021 commercial on and off-trade premises and 2242 private members’ clubs).
Edinburgh has the most licensed premises, with 1851 premises licences at March 31, 2012, down from 1867 the previous year, while there were 1748 premises licences in the Glasgow area, up from 1715 in 2011.
Across Scotland as a whole, there were 239 licence applications for on-trade premises in the year to March 2012, up from 112 the previous year; however, off-sales applications were down from 230 to 206.
The number of personal licences in force topped 46,701, up from 39,850 in 2011 – an increase that was put down to people holding a personal licence, which is valid for ten years, but no longer being active in the trade.
SBPA chief executive Patrick Browne said: “Despite the Scottish Government’s claims, it is undeniable that licensing reform resulted in a very significant fall in the number of licences and that cannot be accounted for simply by operators giving up any multiple licences they held for the same premises,” said chief executive Patrick Browne.
A spokeswoman for the Scottish Government said: “This is still a relatively new data collection involving newly-introduced legislation and, as such, the figures should be treated with caution.”