Diverse range of drinks and relaxed atmosphere at heart of Bond No. 9, as Dave Hunter reports 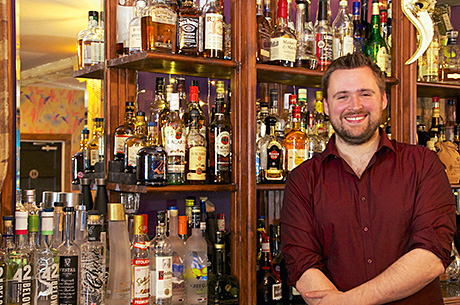 BAR owners Chris Flint and Kara Anderson admit they had a crash course in business management when they opened Bond No.9 four and a half years ago.

The pair, who met when working at the former Beluga bar in Edinburgh, first spotted the potential of the Leith outlet when it was operating as a sports bar.
But although they had both worked in the trade, neither had any experience running their own business.
Looking back, Kara admits opening Bond No.9 was a steep learning curve.
“As much experience as we had, we were 22 and 24 when we first got this place and it’s huge,” said Kara.
“You don’t realise how big it is at first. We were doing everything – we were cleaning the place, we were working all the time.
“All that along with running a business is actually quite a lot. We learned very quickly but we made quite a lot of mistakes along the way.”
“You learn there’s a massive difference between managing a bar and owning a bar,” added Chris. “There’s no head office to pass things to.”
Last year Bond No.9 was named SLTN Spirits Bar of the Year, in association with Bacardi Brown-Forman Brands. Chris said specialist spirits were at the heart of Bond No.9 from the outset.
“My idea behind the place was to take the things that you see served incorrectly, or as a token gesture, and to take them a little bit further,” he said.
“That’s why absinthe became such a big thing for us, because it’s something you see in almost every bar but a lot of people don’t know there’s a difference in it – they just think absinthe is absinthe.”
Despite the focus on speciality and niche spirits, the operators said they were careful to ensure the bar’s drinks range was accessible to a broad range of consumers.
Chris reckons it’s a strategy that has been key to the bar’s longevity.
“One of my pet hates is bartender pretence,”he said.
“It drives me crazy when you see bartenders using the bar as a catwalk. It does my head in.
“We’ve always tried to avoid that here and we’ve always tried to hire staff who don’t have that way of thinking.
“People like the fact that they can come in here, get a good drink, but they don’t have to deal with some of the things that sometimes go along with getting a good drink.
“I think the relaxed atmosphere is a major part of what people like here. It’s professional but relaxing.”
While the atmosphere might be relaxing, the team’s approach to the spirits range is anything but.
Every square inch of space behind the bar is taken up with spirits, with Chris describing the gantry as a “survival of the fittest”.
With space at a premium, the team has become quite picky when it comes to choosing which brands to stock.
Chris said point of difference is key.
“I don’t see the point of repeating anything that’s already on the back-bar,” he said.
“For example, if you’ve already got a very nice high quality Jamaican rum and someone comes in with another high quality Jamaican rum I would ask if there’s enough of a difference between them to justify having them both.”
Subsequently it is very rare that the bar will stock an entire range of any one brand; operating free of ties to any one drinks company helps to ensure freedom on the back-bar, according to Chris.
“I personally look for something that makes the product stand out on the back-bar so we can use it in a different way to what we already have,” he added.
With such a diverse range of spirits, staff training is key.
Every Tuesday morning, a two-hour training session takes place, comprising both in-house training and visits from reps.
As to the future, Chris and Kara said they are determined not to stop at one bar.
They have already taken on a coffee shop in Edinburgh’s Tollcross area, and more bars could be on the horizon.
Customers shouldn’t expect a carbon copy of Bond No.9, however.
“Cocktail bars aren’t on the increase any more,” said Kara.
“I think they’re very much steadying out.
“You need to change your offer as well. I’d hate to think of someone coming in and saying ‘oh, this is Bond No.10’.” 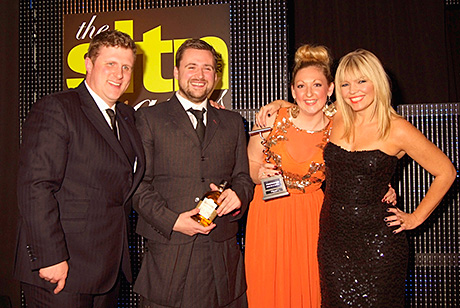 Images – The broad range of spirits at Bond No.9 helped Chris and Kara clinch the SLTN Award.

The spirits of adventure

A dedication to finding spirits that provide a real point of difference has led to a diverse back-bar at Bond No.9.
Examples include:

• Choya Umeshu: Japanese liqueur made from ume fruit (similar to an apricot or plum).