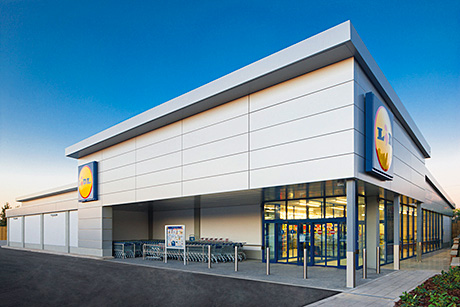 A LANDMARK test purchase ruling could lead to a “two-tier” system where the sanctions handed out to individual operators are tougher than those imposed on large groups, a pub trade body has warned.

SLTA chief executive Paul Waterson said this month’s Court of Session ruling, where retail chain Lidl overturned a five-day ban on selling alcohol from its Victoria Road store in Glasgow following a failed test purchase, could lead to disparity between the way licensing boards deal with large companies and smaller, independent operators.
Waterson welcomed the judges’ recognition of due diligence in the Lidl case. But he said he was concerned that it may only be considered by some boards in the case of larger companies capable of taking court action, while smaller operators will continue to be penalised.
“One thing it does highlight, which is very concerning, is it does look like we’ve got a two-tier system in operation in the way these things are enforced,” he said.
“In other words, individual operators are at a great disadvantage here.
“In many cases, an individual does not want to take a licensing board to court, not only because there can be repercussions for the business, but also because of the costs. Big companies can.
“So we end up, throughout the country, with this system whereby licensing boards will not take on bigger companies for fear that it will cost them and they’ll lose the case, but, for the opposite reason, they’re quite prepared to take on individuals.
“That’s wrong and it’s very concerning to us.
“We’ve got to try and address this inconsistency of approach, because it puts individual operators at a great disadvantage through no fault of their own.”
The Court of Session ruling was also welcomed by licensing lawyers.
Jack Cummins, a partner at Hill Brown Licensing, said boards are right to take test purchasing seriously.
“But this decision, which follows a couple of similar judgments from sheriffs, makes it clear that sanctions will not be supported where the licence holder has acted conscientiously by putting in place proper prevention systems,” he said.
And Stephen McGowan, head of licensing at legal firm TLT, said the decision could have an impact on future review hearings across Scotland.
“This is welcome judicial recognition of the fact that despite robust management, policies and due diligence systems, genuine error can occur, and it is not appropriate to lump all licence holders together by penalising responsible, diligent businesses so as to ‘send a signal’ to other licensees,” he said.
“It may also have no little impact on the process of review hearings in general, with the view that sanctions open to a board should not be used to penalise retrospectively, but to ensure there is no detriment to the licensing objectives going forward.”
A spokesman for Glasgow licensing board said it will continue to make decisions “on the basis of the individual merits of each and every case”.

Image – Lidl overturned a five-day ban on selling alcohol at one of its stores.