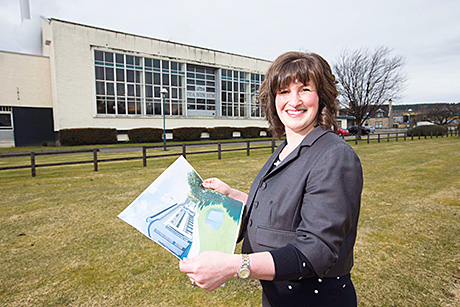 PLANS to build a new malt whisky distillery in the Highlands have been unveiled by drinks giant Diageo.

The firm, which owns 28 malt distilleries and produces brands like Bell’s, Johnnie Walker, Dalwhinnie and Talisker, has earmarked a site next to its existing Teaninich distillery near Alness for the new £50 million facility.
If the proposal gets the green light, work is expected to get underway on the new malt distillery, which will have its own name and identity despite its proximity to Teaninich, next year.
The Highland facility will have the capacity to produce around 13 million litres of spirit a year from 16 copper stills; an on-site bio-energy plant will also be built as part of the development to convert co-products into green energy to power the distillery.
Diageo also plans to invest £12m to almost double the capacity of the existing Teaninich distillery.
The single malt whisky produced at both distilleries will be used in a range of the firm’s blended Scotch whisky brands.
The expansion in the Highlands forms part of Diageo’s £1 billion five-year Scotch whisky investment programme, which it launched last year.
The drinks firm also plans to spend £30m on new production facilities in Speyside, including increasing the capacity of the Mortlach distillery in Dufftown and the construction of a new plant at Glendullan to convert co-products into bio-gas to power the distillery.
These developments follow an earlier £40m investment in its Speyside facilities, which included distillery upgrades at Linkwood, Mannochmore, Dailuaine, Benrinnes, Inchgower, Cragganmore and Glen Elgin, and the construction of new bio-energy plants at Dailuaine and Glenlossie.
Elsewhere in Scotland, Diageo plans to expand Glen Ord distillery, near Muir of Ord, and build new warehousing at Cluny near Kirkcaldy.
Bryan Donaghey, managing director of Diageo Scotland, said the latest proposals represent a “significant milestone” in the firm’s Scotch whisky investment programme.
“The plans also demonstrate Diageo’s commitment to building a sustainable business through investment in energy efficiency and renewable energy technologies,” he said.

Image – Senior site manager Kirsty Dagnan at the existing Teaninich distillery where the proposed new facility will be built.