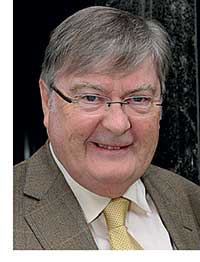 UNCERTAINTY over the future of Scotland’s tax regime, post independence, is stifling investment, according to a Scottish hotelier.

Maurice Taylor, owner of Chardon Management, said “there is a degree of nervousness” that an independent Scotland could introduce stiffer tax rates for businesses than elsewhere in the UK.
He cited the most recent increase in property rates, which was phased in across England and Wales but introduced immediately at the full rate in Scotland, as an example of tough Scottish taxation.
A Scottish Government spokesperson denied the claims, however, saying independence would “provide new opportunities for tourism in Scotland”.
They added that the Scottish Government “provides the most competitive business environment in the UK”.