Category expected to go from strength to strength as new research predicts sales will top £3.7 billion in next five years. Gillian McKenzie reports 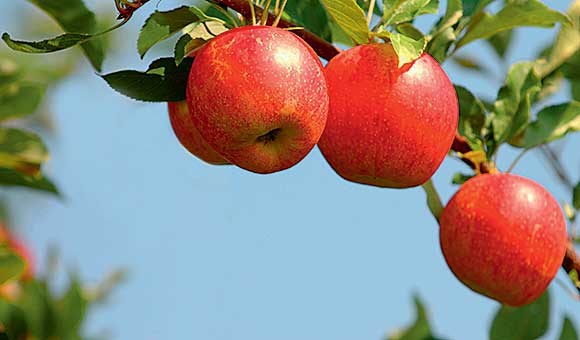 IT’S been one of the drinks industry’s most dynamic categories for several years now, with sales steadily rising and a growing number of new brands and flavours hitting the market.

And it seems cider’s bubble is not about to burst just yet.

Apple is driving sales while pear is an effective gateway to the market.

New research from Mintel claims more adults drank cider than spirits (57%) last year, with three in five adults in Britain saying they now drink cider up from 47% in 2011.
Overall, sales of cider have increased 32% over the last five years to reach £2.7 billion in 2012, with the value of cider sold in the UK up 5% in the last year alone, according to Mintel’s report. Volume growth was shown to be slightly slower, up 18% between 2007 and 2012.
And the growth is expected to continue, with the market research firm predicting sales will top £3.7bn over the next five years.
That a growing number of brewers have entered the category in recent months – from Carlsberg with Somersby Cider to Carling British Cider from Molson Coors – would appear to underline the category’s buoyancy and future growth prospects.
In fact, the report claims cider is closing in on beer in terms of usage.
Chris Wisson, senior drinks analyst at Mintel, said cider is one of the “star performers” of the drinks industry.
“Usage has flourished in recent years as the market has improved its image, with strong growth at the premium tier,” he said.
“The market has also performed well on the back of its accessibility, with its accessible flavour profiles helping to attract new users such as women and 18 to 34 year olds.
“While many drinks markets are struggling to grow in real terms and are also hampered by the government’s tax escalator, cider is one of the anomalous success stories which is also showing underlying volume growth.”
While apple remains the nation’s favourite flavour of cider, drunk by 47% of adults, the research claims the pear and flavoured segments are showing “striking signs of growth”.
Pear has grown to be a “firm favourite” and is drunk by almost four in ten (37%) adults, while almost a quarter (24%) of Brits have drunk any other type of fruit-flavoured cider.
“Pear cider is now a highly profitable segment of the market and one which producers should almost be prioritising on a par with apple cider,” added Wisson.

Cider is one of the success stories which is also showing volume growth.

“While apple continues to drive most of the sales, pear can also be an effective gateway into the market, with a particular appeal to female drinkers.
“However, pear is still underperforming in terms of appealing to older drinkers and operators may be well-served in highlighting features such as British heritage and ingredient quality to appeal to these more traditional cider drinkers.
“The cider market has improved its image greatly over the past decade and should continue working to evolve away from unfavourable historical associations, such as those with underage and binge drinking, towards being a sophisticated drink to be seen with.”