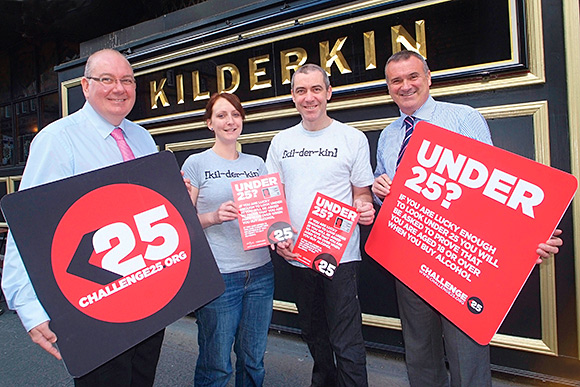 PUBS and clubs will be able to accept military ID cards, EU national identity cards and biometric residency permits as proof of age from October 1.

The Scottish Government confirmed plans to extend the range of identification documents which can be accepted by someone selling age restricted products, including alcohol.
The move will see military ID cards, EU national identity cards and biometric residency permits join passports, EU photocard driving licences and PASS cards as acceptable forms of proof of age.
The SBPA welcomed the decision, but called on the Scottish Government to provide operators with examples of the new forms of ID to help with staff training.
“Later this year, it means operators in Scotland could be faced with dozens more forms of documentation which customers are producing as proof of age,” said chief executive Patrick Browne.
“Many of these will be forms of ID which pub landlords and their staff will probably never have seen before.
“Pubs in Scotland should be starting to think now about what extra forms of ID they will accept after October to avoid any unnecessary tension with customers.”