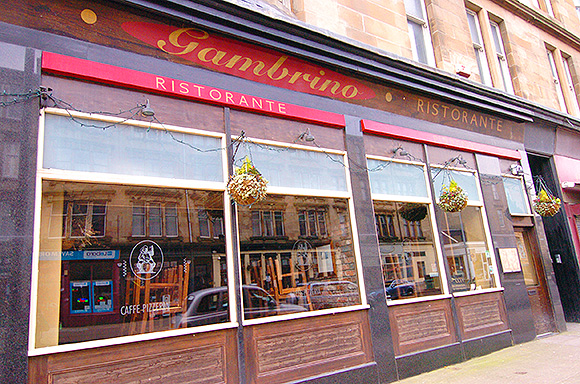 A GLASGOW restaurant owner last week welcomed the initial findings of a City probe into the sale of interest-rate hedging products (IRHPs) – complex financial products sold by banks alongside or as part of business loans.

IRHPs, also known as interest rate swaps, were sold by banks to SMEs, largely between 2001 and 2006, to insure commercial loans against the possibility of interest rates soaring.
But it has come to light that potentially thousands of SMEs, including hotels and restaurants, may have been mis-sold the products by some of the country’s major high street banks, leading to comparisons with the payment protection insurance (PPI) scandal.
A pilot review carried out by the Financial Services Authority (FSA) concluded earlier this month that redress will be due to SMEs in a “significant number” of the 173 cases initially examined.
The FSA announcement was welcomed last week by Ken Graham, owner of Gambrino restaurant on Glasgow’s Great Western Road, who claims to have been mis-sold a hedging product by RBS when he renegotiated his commercial borrowings in 2008. The deal offered to Graham saw him take out a five-year hedging product on a ten-year commercial loan.
The operator said that at the time he signed the agreement interest rates were running at 5% and he was not concerned about fixing the rate on his loan over a five-year period. Graham insists the bank gave no indication that rates were likely to fall and did not inform him what the consequences would be for his loan if they did, as happened following the financial crisis of 2008.
“[I was] mis-informed [as] to the disadvantages of the rates dropping,” he said. “I was aware about the £75,000 breakage cost, which again paints a picture that the bank assured you the rates would not fall – but they did.
“Furthermore, the banks started to realise they had mis-sold these products, and even before the pressure was applied to them by various bodies and it got to the FSA, they started to claw them [commercial loans] back in.”
The FSA signalled that Barclays, Lloyds and RBS would now commence their review of the sale of IRHPs to small businesses, after changes were made to their proposed approach. The watchdog said it also hoped other banks would begin reviewing their IRHP sales this month.
A spokesman for RBS said although the FSA has established the parameters for the review, it was “very early days” in terms of “determining where people have been mis-sold and where redress is due”. “There’s a lot of detail to go through before determining whether people will fit the criteria,” he said.