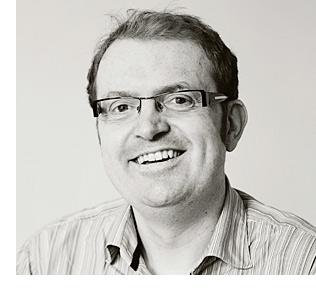 FORGIVE me, dear reader, for this moment of reflection.

After 11 and a half years on the trade beat, and occupying the editor’s chair for nearly the past eight, I’m moving to a new journalistic parish.
On a personal level, it’s the right time for a fresh challenge, but it’s with a treasure trove of memories, and a healthy dose of gratitude, that I make the move.
The trade was a different place when I was introduced to its intoxicating mix of people and politics in the summer of 2001.
Back then anything seemed possible. Every day an invitation to check out the latest hip bar or product innovation seemed to come floating into the office.
The banks threw what now seem like obscene sums at operators to open bars, and the trade didn’t disappoint. Scots operators were at the cutting edge of contemporary bar design, and each new venue that opened did so with an ambition to beat the one that had gone before.
Yes siree, these were heady times. Only they didn’t last forever. By the time I became editor in early 2005, the trade was staring the down the barrel of the smoking ban, and on so many levels things haven’t been the same since.
Opponents predicted trade Armageddon and there’s no doubt the ban hastened the foreclosure of many a pub (some say its effects are still being felt). But even more responded by adapting their offer, bringing in food and broadening the appeal of their outlets.
I may not win many friends for saying so, but I personally think it was the right thing to do, even though aspects of its introduction left a bad taste from a political perspective.
Yet it’s not only the smoking ban that has changed the landscape in recent years. The ban took place against the backdrop of licensing reform – a process that began when the Nicholson Committee embarked on its review of the 1976 Act in 2001 and continues to reverberate today.
Nicholson’s recommendations were knocked about by ministers and a chunk of them went on to form the bedrock of the 2005 Act, a controversial piece of legislation that has since caused as much frustration and uncertainty as it has improved Scotland’s drinking culture. Indeed, its impact has been so chequered that ministers are currently consulting on further ways to change it.
As if all this legislation was not enough, the trade has also been forced to contend with two recessions since the financial crisis of 2008 (a third also seems to be looming), and the subsequent effects it has had on key issues like consumer spending, property values, and bank lending.
But when I finally leave my desk at SLTN for the last time, the memories I take will not be of legalese, government consultations and double-dip recession.
They will be of the many, truly wonderful people who earn their living from this great trade – from operators and suppliers to lawyers and lobbyists – that I have come to regard as friends, and whose contribution helps make SLTN the vibrant newspaper it remains today, even in this digital age.
To the licensed trade of Scotland, I salute you, and wish you the very best of good fortune in the years to come. I will be watching, and admiring, from afar. Slainte!