Operators and their representatives were stunned the week before Christmas when the Scottish Government launched a consultation on yet more proposals to alter licensing law. In this exclusive interview with SLTN’s Scott Wright, justice minister Kenny MacAskill answers the big questions

SLTN: The Scottish Government’s Further Options for Alcohol Licensing consultation came out the blue. How do you respond to claims from the trade that it had not been invited to feed into the proposals? 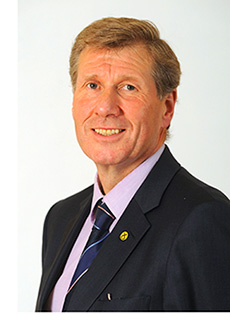 Kenny MacAskill: I’m sorry it’s viewed that way. We always took the view that the Act would have to bed down and clearly matters were coming in once we had the primary legislation passed.
There was always going to be an opportunity to have a brief review. I know there has been some suggestion that we maybe need a full review. We don’t need a change in legislation – we’ve got the basis of what was brought in, based upon [Sheriff Principle] Gordon Nicholson’s [proposals].
This is now a chance to try to resolve any tweaks because clearly any legislation brings unintended consequences.

Given that since 2009 it has been amended by first the Criminal Justice and Licensing Act and then the Alcohol Act, is it fair to say the government is dissatisfied with the 2005 Act?

KM: It was started by the previous administration but to be fair it was Gordon Nicholson [whose report formed the basis of the Act]. It was done on a non-partisan basis. I certainly don’t think there’s any politicisation of this.
Gordon Nicholson did a good job – not everyone would have agreed with everything but it provided the framework that was necessary.
There will doubtless have to be a review in years to come – this is just meant to look at some specific matters, some unintended consequences and some opportunities to tweak it in the right direction, not a wholesale change.
Even since 2005/06 things have changed in Scottish society – not only in 2006 would you not have envisaged Scotland without an Old Firm game, you wouldn’t have envisaged that at the time of the JAG (joint action group on football) in 2011. The world has changed.

Will these proposals not simply foist more even more costs on the trade?

KM: I can fully understand that – I fully appreciate that for those involved in the trade these are difficult times.
To be fair, I think that’s recognised by the government and clearly by my colleague Fergus Ewing (enterprise minister). Clearly, we want to make sure businesses are appropriately regulated.
We do have to have regulation, whether it’s in health and safety or terms and conditions of employment. But we have to make sure it’s unburdensome and not unduly onerous.
It’s not just the potential cost of legal bills, it’s the hassle factor that goes with running a business.
We have an obligation as a government that when margins are tight we keep it to a minimum.

It’s been observed that there’s often variation in terms of how quickly different boards deal with new licence applications. Are you not concerned this might deter investment?

KM: It is important that local licensing boards are able to meet the needs and wants of their local community. But it’s a matter of getting a balance.
What we would like to see is the opportunity for councillors to engage with the government and other stakeholders, and I think that would result in improvement.

Will the proposal for boards to have regard to a national policy statement remove decision making from the local level?

KM: I think that’s a fair question. Hopefully the national guidelines are more likely to be along the direction of ‘it should be done within x weeks’ or whatever, and that’s a standard, as opposed to ‘you have to give a licence to x or y’, or ‘the hours have to be such’. I do believe that these things have to be left locally and flexibly.
When we meet Fergus Ewing and the regulatory review group we’ll be looking at whether we can get a greater standardisation and harmonisation of forms. These things are about helping, rather than hindering.
I fundamentally believe it has to be for boards to decide [matters like] what the closing time is to be, when a licence is to be granted, and where overprovision may apply.

Do you support the creation of a new national licensing forum?

KM: We do think there should be a national forum. [In] the discussions we’ve been having with COSLA (Convention of Scottish Local Authorities) we’ve never felt that we should set it up, because there are things where they may disagree with us.
To some extent the debate has been about who is going to host it or convene it.
One of the work strands of the Scottish Government Alcohol Industry Partnership involves setting up a national licensing forum.
We’ve arranged meetings with a sub-group of interested people and we’re at the stage now of trying to find a mutually acceptable chair.
The concept is right, because the more we can engage in talks, the more the trade can speak to government, the more that trade can speak to licensing boards and the more, in particular, board members can speak to each other.
It has been a matter of some frustration that we have not been able to establish this, but I think we will get there.

Can you assure the on-trade that it will be invited to participate?

KM: Absolutely. If the trade wasn’t there, there would be a real problem. This has to be a partnership – it can’t be diktat. Getting people in the room is important.
While there is a clear reason for me to speak to the licensing board convenors, speaking in the absence of the trade would frankly be a bit daft.

How do you respond to fears that the health lobby is having too much of an influence on licensing policy?

KM: To some extent we moved minimum pricing from a justice-driven matter to health, and we did so correctly because it’s not simply the problems of alcohol in terms of its impact on criminal justice. It is an all-population matter.
That said, as a government, we fully recognise that alcohol as a product, in terms of what it provides in sales and jobs, never mind the social lubricant it is in our economy, is not the problem – it’s the abuse of alcohol.

Why have you proposed to make it a statutory requirement for boards to promote the licensing objectives?

KM: It’s to reinforce the primacy of the objectives and put them more to the fore. It’s not a Trojan Horse.

Why extend the duration of licensing policy statements, and limit when they can be challenged?

KM: The reason for extending them is to get them into the cycle of boards as they sit from 2012-2017. Aligning them with the board period would work a lot better, because then it would mean a board had its own policy. Doing it every three years does create quite a churn.
The provision in relation to statutory ouster clauses to stop appeals refers back to what they do in planning legislation.
If the underlying policy is perpetually open to appeal, it makes it quite difficult.

Is it fair to close pubs close to football stadiums before and after matches, as has been proposed?

KM: It’s appropriate that police should have some powers. I don’t think that people should work on the basis they’re going to be used hugely.
Thankfully, we’ve not had the same problems we had before, [but] that’s not to say there aren’t ongoing problems in football.

KM: My view is that it depends on the local area and that it’s up to the board. There are areas in Scotland where clearly a petrol station is the hub, it’s the shops, Post Office and library as well as the cashline. That seems to be a perfectly reasonable place to have a liquor licence. There have been cases in urban Scotland where they are not providing that necessary service, [so] why then should they have a licence? Fundamentally this has to be for the board.

Retrospective legislation is always very difficult. I would be very surprised if that was possible.

Is there a risk your proposals on regulating internet sales will breach EU law?

KM: It does look extremely difficult. We don’t underestimate the challenges.
We are also seeing what happens south of the border, because as they look at minimum pricing, multi-buy [bans] then some matters will be dealt with.
We don’t have an ace up our sleeve – regulating the internet is extremely difficult.