THE Scottish Government has come under fire from two of the country’s most respected legal minds over fresh plans to reform Scotland’s licensing laws.

Ministers stunned the trade by launching a new consultation on alcohol licensing less than a week before Christmas.
The proposals mark the third significant review of the licensing system since the 2005 Act came into effect in 2009.
But, far from improving the system for operators, two leading licensing solicitors claim the proposals reflect almost exclusively the lobbying priorities of health groups, police and licensing boards.
The Further Options for Alcohol Licensing consultation includes 21 suggestions which, if passed by parliament, look set to have a major bearing on how licensing is run in Scotland. They include proposals to:
• place a statutory requirement on boards to promote the licensing objectives
• allow police to request the blanket closure of pubs and off-sales stores around football stadiums before and after ‘high risk’ matches
• make it a criminal offence to buy alcohol for someone under 18 to drink in a public place
• allow boards to apply local conditions to licences without the need to update them
• restore the ‘fit and proper test’, allowing boards to assess whether someone is suitable to hold a licence
• extend the life-span of licensing policy statements from three to five years, and limit the period in which policies can be challenged
• deal with the “uncertainties” caused by the ‘Brightcrew’ ruling, which limits the sphere of licensing board’s decision-making to the sale of alcohol
• develop a national policy statement that boards must have regard to when drawing up policy statements
• extend the ban on alcohol promotions to the internet to cover sales ‘taken’ in Scotland but dispatched from England
• and clarify the controversial issue of forecourt licensing. 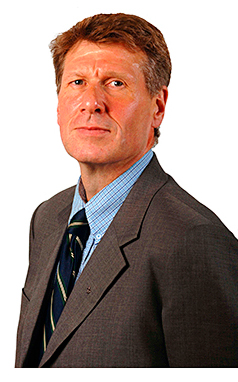 Justice minister Kenny MacAskill said the consultation has the dual aim of strengthening licensing boards’ powers and improving the effectiveness of the licensing regime.
But according to lawyer Stephen McGowan they contain “little comfort” for the trade.
“The proposals are unfairly weighted towards national health concerns, and don’t give enough regard to the benefits of the responsible sale and consumption of alcohol,” he said.
“A lot of the health proposals are about taking away local power from licensing boards.
“The proposals seem to suggest that the health lobby would prefer to see a national system, which removes and restricts local decision-making by boards. My view is that boards have been entrusted by parliament to be able to take local decisions on a balanced basis.”
Fellow solicitor Jack Cummins was equally disheartened.
“This strikes me as a pretty chaotic approach to licensing reform,” he told SLTN.
“I can easily see the importance of amending the law as problems develop – but what other businesses have to suffer from a seemingly never-ending round of new regulations?
“The 2005 Act hadn’t even settled down when complex amendments were introduced by the Criminal Justice and Licensing Act and the Alcohol Act. Now it looks like the Scottish Government has yielded to pressure from a few interest groups and produced proposals on the hoof that ignore legitimate concerns about the Act.”
• Club action welcomed, p2.