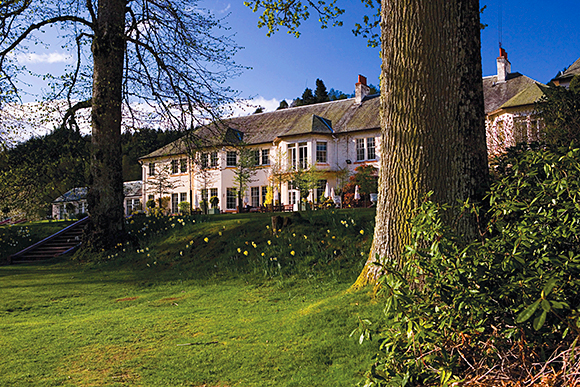 EVEN the biggest global brands allow for some local flexibility, it seems.

Hilton Dunkeld House is part of a group numbering around 530 hotels around the world.
As you might expect from a brand of that magnitude, much of how it operates is carefully controlled and driven by its US centre.
However, in light of the very specific challenges brought to the hotel market by the recession, and thanks in part to Dunkeld’s unique trading circumstances, the management of the Perthshire resort have been granted a helpful degree of local autonomy.
Specifically, the hotel has been allowed to take reservations and responsibility for pricing, promotions and some marketing back in-house – moves that have helped it return to growth after corporate business slumped as the recession bit.
In an interview with SLTN before Christmas, general manager Mike Metcalfe said such local control allowed the hotel to attract leisure guests in periods that in the past saw it busy hosting conferences and training sessions for banks and financial institutions.
Metcalfe said the drop in corporate business had hit hard in the wake of the global financial crash in 2008. “The whole industry has been very challenged in the last five years, and this hotel considerably so,” he said over coffee in the hotel’s country house-style drawing room.
“It’s lost about £1 million in turnover, and that’s almost entirely out of falling conference demand.
“That demand fell dramatically across the whole industry, not just here, and we really don’t expect that to come back quickly. As corporate behaviour moves on, a lot of companies have taken their training back in-house; they’ve got fantastic facilities in-house, better than many hotels.
“They’ve reviewed their costs and become more efficient in the way they deliver training and so on.”
As corporate behaviour changed post-2008, so too did the way Dunkeld House operates. Taking the view that the corporate market was never likely to return to its pre-recession levels, the management set about targeting leisure customers to replace that business, particularly midweek.
With competition fierce in the hotel market post-recession, and operators having to discount and use third-party bookings websites to drive occupancy, it’s not been easy.
Metcalfe said the hotel adopted several strategies to try and bridge the gap.
It began to market two or three-night midweek stays with dinner, bed and breakfast as packages, and also packaged its weddings business to drive sales and make the cost of taking vows on the banks of the Tay more attractive. Last year 48 weddings were held in the marquee it erects for nine months of the year in its picturesque grounds, a significant rise on the 33 of the year before; next year Metcalfe is hoping to host 60. 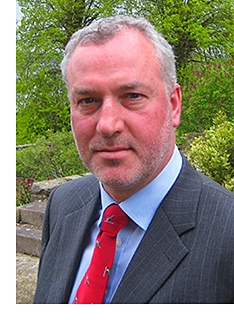 More crucially, Metcalfe explained that the hotel regained control of reservations from Hilton’s global hubs, which is said to have converted a greater number of calls into actual bookings: staff in Dunkeld also now control pricing and promotions.
“We’re the only Hilton in the world to have brought reservations back in-house,” he said.
“We’ve done that for two reasons. One was because there is a high percentage of ‘return’ in our customers, and our customers have the option to do lots of things and need some local knowledge on the end of the phone, to give them information and to sell.
“Our conversion rate from the same number of calls is currently about 54% – that’s a big improvement in conversion of telephone enquiries to bookings.
“Last year that meant £78,000 of additional activity sales for shooting, fishing, the spa, room upgrades and selling afternoon tea on arrival. Before, the conversion rate of calls going into the Manila or Tampa reservation centres would be about 30%.”
Likewise, the freedom to run bespoke promotional activity for the Dunkeld property, which is run by Hilton under management contract, has also been key to its revival over the past year.
“If you take promotions, most Hiltons are corporate hotels and most corporate hotels are busy Monday to Thursday and empty over the weekend, unless you’re in a major city like Paris,” Metcalfe explained.
“So most hotel promotions are designed to sell weekend rooms but I actually have a very high demand for weekend rooms; I don’t do promotions, I don’t need to discount.
“However, I do need to discount in the middle of the week. Most of the Hilton corporate promotions don’t suit the needs of the Dunkeld Hilton, but the flexibility within the brand allows us to run our promotions.”
Such activity propelled the hotel to sales growth in excess of 10% in the first six months of 2012, which included a major spike in food and beverage sales, however the momentum slowed in the third quarter.
“We caught a cold in quarter three for two reasons,” Metcalfe said.
“One, the Olympics had an effect on rural hotel business, even Edinburgh suffered. For us, we also got some things wrong, which we will learn from next year [2013] – our rate structure from July to September was too high.
“Next year we will have a promotion we can open during these months and our pricing will not be as high.”
As Christmas approached, Metcalfe said sales were back on track, and projected sales growth for 2012 to be in the region of a satisfying 5%.
This year looks to be just as challenging economically, and the hotel’s sales forecasts will reflect that.
One of the key objectives will be to raise the standard of food served in its Garden restaurant.
“We’re in the process of trying to find a chef,” Metcalfe revealed. “I don’t think we’re exactly where we want to be with food.
“The challenge is we’re never going to be fine dining. If you’re doing 30-50 covers, that’s fine, but we’re doing 150-200 covers a night, almost seven days a week. We don’t have a low point in this hotel – even in January.”

Images – Hilton Dunkeld House enjoys a stunning location on the banks of the River Tay. GM Mike Metcalfe said it’s a place people visit to escape the “rigours of life”.