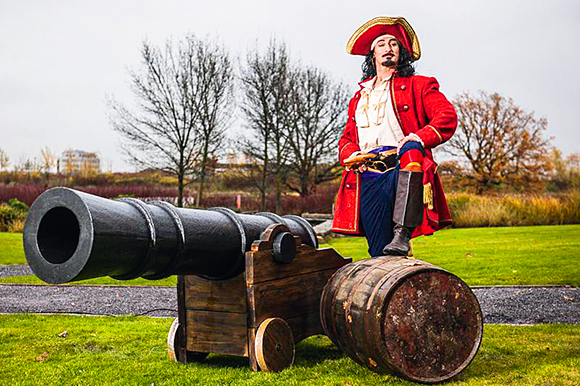 Owner Diageo said sales were up by 500,000 cases in 2012, which it said makes Captain Morgan the sixth premium spirit to sell 10m cases globally.
Key markets for the brand include the US, Canada and Western Europe, which accounted for around nine million of the cases sold last year.
Within Western Europe, Germany is said to have grown from 8000 cases to 400,000 in the last seven years, and Britain, where the rum was relaunched as Captain Morgan’s Spiced in 2011, is said to be “next up in the Captain’s telescope”.

The next 12 months will be an exciting time for the brand as we delve further into the history behind it.

Emerging markets like Russia, Eastern Europe, and Latin America were described as some of the “most exciting growth hotspots” for the brand.
Key to the brand’s success is the “strong personality and irreverent communication platforms” based on the Captain Morgan character, according to the drinks giant.
Captain Morgan’s Original Spiced remains the “key variant” at the heart of the brand; other variants include Jamaican Rum, which taps into the heritage of Welsh buccaneer Captain Henry Morgan after whom the rum is named, and Black Spiced, which was launched in the US last year.
Andy Fennell, chief marketing officer at Diageo, said the firm is committed to “conquering new territories” with the brand.
“Captain Morgan plays a critical role for Diageo and our customers by recruiting beer drinkers into the spirits category – the Captain’s crew just keeps growing every year,” he said.
Global brand director Russell Jones predicts further growth for the rum brand in the coming year.
“We’re incredibly excited to reach this milestone of ten million cases and want to thank all of our fans who have enjoyed their own legendary adventures with us along the way,” he said.
“The next 12 months will be an exciting year for the brand as we dive further into the real history behind the legendary Captain Henry Morgan through a series of campaigns bringing his escapades to life.”