Jon Beach, four-time winner of the SLTN Whisky Bar of the Year award, urges distillers to do more to support the on-trade. 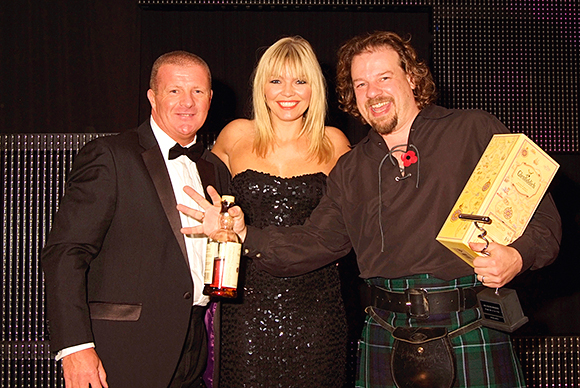 THE whisky industry should step up its efforts to support the Scottish on-trade, according to the man behind SLTN’s reigning Whisky Bar of the Year.

Jon Beach, owner of Fiddler’s, which last month scooped SLTN’s whisky title for an unprecedented fourth time, insists the trade could do with more backing from distilleries and brand owners as interest in the category grows.
The family-owned bar and restaurant in Drumnadrochit was taken over by the Beach family in 1996, but it wasn’t until the beginning of the new century that Jon decided to shift the focus of the business to reflect his personal passion for whisky.
A decade later and Fiddler’s now stocks around 500 whiskies and operates its own whisky club, the Loch Ness Whisky Parliament.
Jon told SLTN that although the trade can expect visits from drinks company reps, it has “been left out a wee bit” when compared to the support that is given to the off-trade.
“I have a lot of contacts in whisky shops and they [reps] are in there all the time coming to shops and taking them to distilleries,” he said. “I perfectly understand that, because if you get somebody in a shop that likes [a whisky], they can sell so many bottles of that, whereas I’ll only be selling a few drams. There’s more potential for sales in the off-trade.
“But what they have to remember is we’re really at the coalface of selling whisky. People go from us to the shop. They ask me ‘what should I take home?’ and I’ll give them some suggestions and tell them where to go [to buy it].”
Jon said more whisky training should be offered by drinks companies, to complement the existing independent schemes offered by organisations like the Scotch Whisky Experience and Whisky Ambassador.

The judges were struck by the fact everything Fiddler’s does, it does well.

Training and education are subjects close to his heart, and a number of Fiddler’s staff have undertaken the Scotch Whisky Experience training course. He is also keen to engage with distilleries directly, and has invited representatives to Fiddler’s to do tastings and speak about their whiskies; he also visits distilleries across Scotland himself.
In Jon’s view whisky knowledge behind the bar is key, as interest in the category has grown to such an extent that customers are more “canny” than they were in the past.
“In the last couple of years the amount of interest – the number of bloggers and people talking about [whisky] – has just been phenomenal,” he said.
“The internet really helps. Ten years ago if you wanted to find a specific bottle, for your bar or for your collection or to drink, you had to phone around and get in your car. Now, people can share information so quickly.”
The internet has also promoted Fiddler’s to whisky aficionados from Scotland and much further afield. And yet Beach said that most customers at the outlet tend to be beginners, rather than experts, and describes the majority of visitors as “tourists and people that don’t really know much about whisky, but would like to find out more.”
The huge selection of bottles on display, in addition to creating a “wow factor” for visitors, allows Jon and his staff to highlight the breadth of whisky styles and flavours to those not familiar with the subject.
A usual introduction to the category would begin with questions about the customer’s previous whisky experience, he said, followed by the pouring of three different whiskies.
“The standard way to go would be to go Lowland, Highland, Islay,” Jon said.
“But I tend to go at things a bit sideways, so this is a heavily sherried whisky, this is bourbon cask and this one is a blend of bourbon and sherry casks, and that allows you to talk about cask maturation rather than just distilleries.”

In the last couple of years the amount of interest in whisky has just been phenomenal.

Jamie Milne, brand ambassador for Glenfiddich at First Drinks, sponsor of the SLTN Whisky Bar of the Year award, said that it’s precisely this level of dedication that tipped the scales in favour of Fiddler’s this year.
“The entries this year were outstanding but the judges were struck by the fact that everything Fiddler’s does, it does well,” Milne said.
“The Beach family’s passion and dedication underlined everything, from the great food to the selection of whiskies and the outlet’s own whisky club, the Whisky Parliament.
“It was this passion that ensured Fiddler’s took the title of Whisky Bar of the Year for the fourth time.”