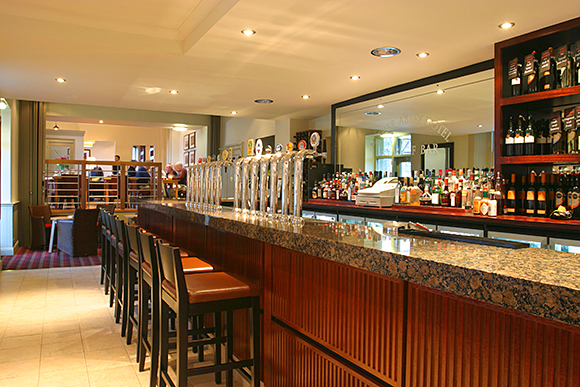 FESTIVE beers have become a staple in many pubs over the years, but they are arguably more important than they ever have been.

Publicans contacted by SLTN argued that seasonal specials can help attract new drinkers to the beer category, as well as provide a point of difference to the supermarkets.
Alasdair Scoular, owner of the Steam Packet Inn in Isle of Whithorn, said the bar and restaurant would be stocking four different festive ales this month, from Caledonian (Elf Esteem), Kelburn (Ca’ Canny), Stewart (Three Wise Men) and Fyne Ales (Holly Daze) respectively.
“It’s yet another way we can compete against the supermarkets,” Alasdair told SLTN.
“It’s a point of difference, a talking point, something they [customers] can’t get elsewhere, so it brings them in without a doubt.
“That goes for craft ale in general as well – it’s a fundamental part of our business.”
Scoular added that he expects the festive ales on offer at the Steam Packet Inn to appeal to customers who don’t usually drink ales, and he hoped for “one or two more converts” over the holiday season.
Choosing the right festive beers can be a tough decision, particularly with so many now on the market, and opinion is split on which are more appealing.
While Scoular goes for stronger ales with higher ABVs, other publicans opt for lighter beers.
Jamie McLeod, of the Fly Half Bar in North Berwick, said his customers can be put off by stronger ales.
“I think you want to avoid really strong ones,” he said.
“People are more willing to give festive ales a try, but it’s a lot harder if it’s an 8% ale or something like that. I generally try and keep it around 4-4.5% (ABV).

It’s yet another way we can compete against the supermarkets – it’s a point of difference, a talking point.

Ian Forrest, who manages Linlithgow pub The Four Marys with wife Eve, agreed.
Forrest’s Christmas beer selection will include Orkney Brewery’s Clootie Dumpling, Broughton Ales’ Winter Fire and Three Wise Men from Stewart Brewing.
Like McLeod, Forrest reckoned his customers would be put off by stronger beers.
But he also expected the party atmosphere over Christmas to bring more customers to the category.
“Because it’s Christmas time and people are on a Christmas night out they’ll go with the flow,” said Forrest.
“They’ll maybe just have the one but they’ll give it a go.
“And it’s all different ages and women that drink them as well.”

Image – The Fly Half Bar in North Berwick will be sticking to 4-4.5% ABV beers this Christmas.