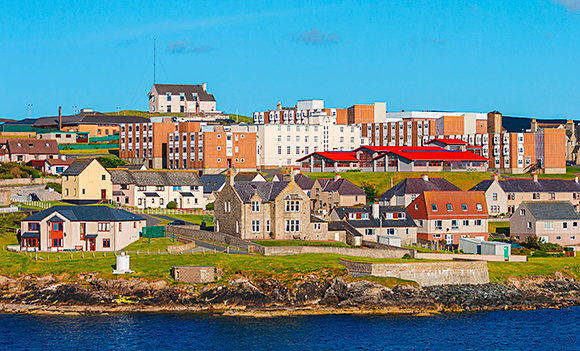 SHETLAND Islands Council has been accused of a conflict of interest over the decision to grant extended hours to the Mareel, the Lerwick-based arts centre.

The islands’ area licensing board approved nine applications from the Mareel, operated by the Shetland Arts Trust, allowing it to be licensed to 2am and host club nights run by promoters such as Slam, the major dance music brand.
The premises, which includes a café bar, are usually licensed till 1am.
But last week the decision, approved by three votes to two, was criticised by the SLTA.
The trade body claims the board has ridden roughshod over its local policy statement by granting later hours to a premises that is not technically a nightclub, and has accused it of giving preferential treatment to an organisation it has links to.
Chief executive Paul Waterson said the council’s links with the Mareel give it an unfair advantage over bona fide nightclubs that trade on the island.
And he questioned the ethics of allowing a former member of the Shetland Arts Trust, who now sits on the board, to have been entitled to vote on the issue.
“It highlights a problem you could argue is happening in a lot of places where premises that are owned by the council suddenly become competitors in a market,” he told SLTN.
“When you have a place like that and it needs to be used, and it suddenly becomes a nightclub, it’s got an unfair advantage over everyone else.
“It highlights [the fact that] a number of council operations that are used for weddings and things like that to make profits where the council is granting licences to itself, and we don’t think it’s fair.”
But the Shetland board insisted there was no conflict of interest, pointing out that the board and council were separate legal entities and arguing that the board’s decision did fall within the remit of its policy statement.
“The council doesn’t own the Mareel building – it’s owned and operated by the Shetland Arts Trust,” depute clerk Susan Brunton told SLTN.
“What I will say is that it has had some funding from the council at times because it has approached us for funding, as other voluntary bodies have.”
The depute clerk also confirmed a former director of the Trust was now on the board, but said that since he had resigned there was no conflict of interest.
Brunton acknowledged the controversy would likely lead to the board revisiting its definition of a nightclub when it reviews its policy statement next year, and that the Mareel had been urged to amend its own operating plan if it expects to lodge more such applications in future. The board had also insisted, she added, that the Mareel would have to abide by the conditions applied to all premises trading after 1am in terms of the provision of security, CCTV and other safeguards.
Shetland Arts Trust could not be reached for comment.