HEINEKEN has become the latest major landlord to revamp its lease deals after announcing sweeping changes to its pubco division.
The brewer today unveils a new name for its pub business, broadens its range of leases and builds what it says is greater flexibility into existing deals.
Changing its name from Scottish & Newcastle Pub Company to Star Pubs & Bars – removing the final link to S&N, the Edinburgh brewer it bought with Carlsberg in 2008 – the firm has launched a new, three-year Business Start-up Agreement for pubs where operators are said to have the scope to significantly boost trade.
Entry is described as low cost (starting at £10,000 including a flat £3000 deposit) and operators can terminate the contract at three months’ notice.
The firm has devised a support package dedicated to helping new lessees establish business in what is often a crucial first year of trading.
That could see it ease the burden on cash flow as a pub bids to establish itself by paying its Sky bill or business rates
And it has changed its standard agreement from five years to a rolling three-year term, in a move designed to offer greater flexibility to leaseholders. Terms of ten, 15 and 20 years have been introduced as standard on its FRI (fully repairing and insuring) agreement, which can be assigned after two years, and the firm has launched new support packages to help leaseholders profit more from food and coffee.
The new food offer aims to offer consumers high quality dishes while being easier for lessees to start and maintain. 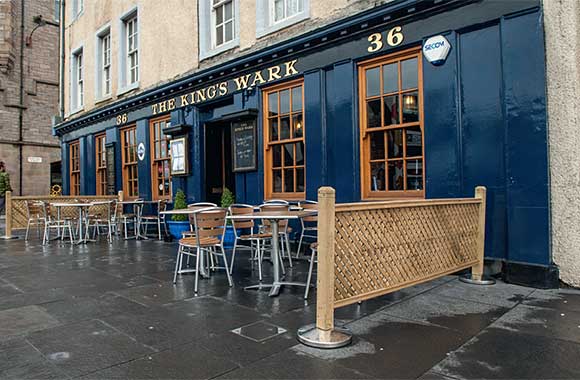 Trading director Chris Moore told SLTN the changes, which followed consultation with existing and potential lessees, means the firm now offers a “more rounded package of commercial deals”.
“We’ve got some great quality pubs but we recognise that pubs go through life cycles,” he said. “We felt that a good way to attract quality people, and build some of those businesses that have huge potential, would be to come up with agreements that meet the needs of people coming in.”
Moore denied the changes reflected any difficulty the pubco has in recruiting lessees in light of the recession, or prompted by the continuing scrutiny of the pubco model by MPs.
“As a business we want to act in a fair and transparent way; we don’t need government to tell us to do that,” he said.
He said Heineken’s move to buy the freeholds of the pubs in the leasehold estate last year was a “huge investment in the UK on-trade and endorsement of the future of British pubs”.