THE newly-merged Isle of Arran and Isle of Skye breweries have confirmed plans to open their first craft beer pub in Glasgow city centre.
Arran Brewery plc – the new holding company for the two breweries – has acquired the leasehold of premises in a former bank on the corner of West Regent and Hope Streets; it aims to launch the venue in March, subject to planning and licensing approval.
Leading with craft beers from Arran and Skye, with guest ales from Scottish microbreweries, it will be the first pub to open under Arran Brewery’s ambitious investment scheme. 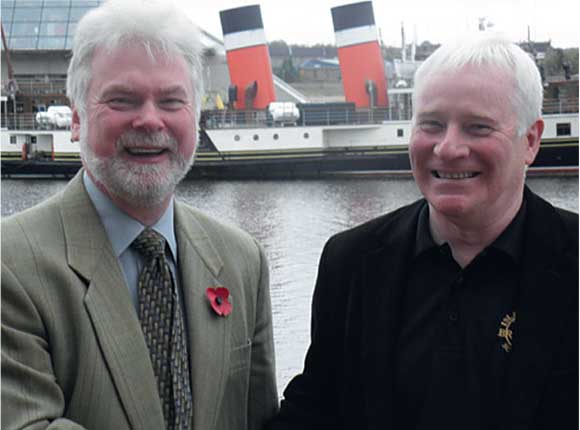 As reported in SLTN, the firm is seeking to raise £10 million over the next three years to increase production at both island brewery sites, build a bottling facility on the mainland and establish a chain of pubs.
News of the first pub came just a week after the two breweries announced plans to merge in a move that will see both the Arran and Skye breweries more than double production to become 50-barrel plants in the next 12 months.
The newly-formed group, which will be headed by Isle of Arran Brewery owner Gerald Michaluk, with Isle of Skye Brewery’s Angus and Pam MacRuary on the board, also aims to increase its turnover from £1.2 million to £12m in the next three years and more than treble the combined workforce from 20 to 76.
Michaluk, who bought the Arran Brewery, near Brodick, out of administration in 2008, said the merger “made sense”.
“We need to grow rapidly and even though we’re building a new brewhouse at Arran next year, it was a case of what do we do in the interim?” he told SLTN.
“The opportunity to merge with the Isle of Skye [Brewery] came up and it made sense.
“There is good synergy between the two – we’re both island breweries and a similar size.
“We’re aiming to grow the business rapidly over the next three years by expanding sales from Scotland to the rest of the UK and internationally.”
MacRuary, who set up the Skye brewery in 1995, had been considering retirement before the deal came up.
“This time next year both sites will be producing two and a half times what they’re currently producing,” he said.
“The pubs will give us a permanent route for Skye and Arran beers, rather than the guest ale circuit.”

• Cairngorm Brewery Company is investing £1.6 million to expand its production site in Aviemore, it was confirmed last week.