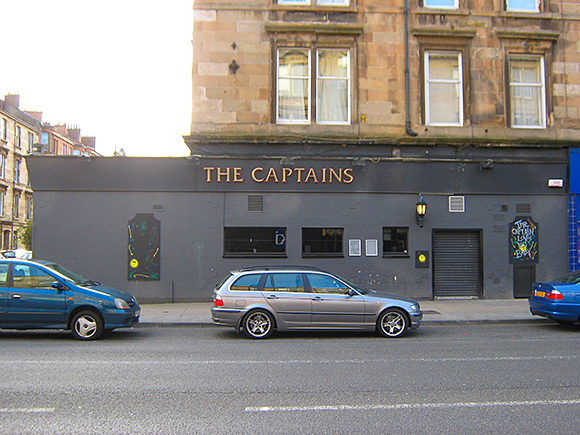 And the pub firm, which currently operates 26 outlets across Scotland, is set to add a further two venues to its portfolio by the end of the year as part of ambitious plans to double the size of its estate in the next three to five years.
Maclay acquired the Captain’s Rest, on Great Western Road, for an undisclosed sum from Glasgow operator Colin Beattie in a deal brokered by property firm CDLH.
It’s the first venue acquired since the pub company signed a supply deal with TCB in March, which saw Tennent’s become Maclay’s main beer supplier and, in turn, provide investment support for Maclay’s expansion drive.
A root and branch £400,000 refurbishment is now underway, which Maclay boss Steve Mallon told SLTN will “reposition it in a contemporary way”.
The as yet unnamed new outlet is expected to open early in the new year with a focus on cask and craft beers and a “fresh and contemporary” food offer. It will be Maclay’s fourth pub in Glasgow’s west end, joining The Three Judges, The Lansdowne and Dram.
“We’ll take our experience of the other outlets but it will have its own identity,” Mallon told SLTN.
“We’ve achieved three separate identities in the west end and this will be another.”
Mallon confirmed the company has looked at a number of other properties, and that two outlets in other parts of the country are set to come on stream soon.
“We have a list of hot properties and some have fallen away and others have come through,” he added.
“This is the first one to come through [since the Tennent’s deal]. It’s a great one to start the business with.”
Alan Creevy of CDLH, Maclay’s acquisition agent, said the Captain’s Rest deal was negotiated in a “very short time frame”.
“Indeed, from the time we made contact with the owners until completion of the purchase, it took only around eight weeks which, in the present market, is incredibly quick,” he said.
Creevy said CDLH currently has “a number of opportunities” under offer for Maclay, with further acquisitions due to complete in November and December.