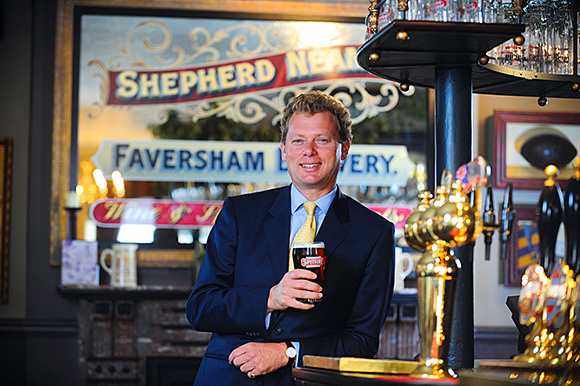 A DEBATE on the UK government’s current policy on beer taxation – blamed for the loss of thousands of jobs in the brewing and pub industries – is being held at Westminster today.

A motion calling on ministers to review the drinks duty escalator – claimed to have contributed to a 42% rise in beer tax since its inception in March 2008 – will be subject to a three-hour debate by MPs in the House of Commons.
It was sparked by the success of the online Save Your Pint petition, launched by the firm behind Hobgoblin beer earlier this year and backed by groups including CAMRA and the British Beer & Pub Association. Last month the petition breached the 100,000 signature mark – paving the way for MPs to devote time in parliament to the issue.
“This is about consumers – pub goers, beer drinkers and licensees who hate the tax which hits everyone hard,” said BBPA chief executive Brigid Simmonds.
“The task now is to persuade the government that excessive tax hikes are the wrong policy, hurting jobs and pubs when, instead, we could be delivering growth and employment.”
The BBPA has railed against the duty escalator since its introduction by the last Labour government in 2008.
The policy, which the group claims will cost 5000 jobs this year alone, was described by new chairman Jonathan Neame as “despised by pub goers, hated by beer drinkers, and…crushing for licensees” as he addressed the BBPA’s annual dinner in October.
“Our message to government is clear,” said the chief executive of Kent-based brewer and pub group Shepherd Neame.
“We already contribute £19 billion of economic activity and £11 billion of tax.
“Any government that is serious about growth, and serious about jobs, investment and social cohesion should see us as a priority partner to invest with – not a cash cow.”
The apparently damaging effects of the tax escalator, under which alcohol duty rises by 2% above inflation every year, was highlighted by the BBPAs latest figures on beer sales. The Beer Barometer, which tracks the health of the brewing industry, found that beer sales dipped by 4.8% in the on-trade (and 6.5% in shops and supermarkets) in the third quarter of 2012.
Around 17 million fewer pints of beer were sold compared to quarter three in 2011 – despite events such as the Olympics and Euro 2012.