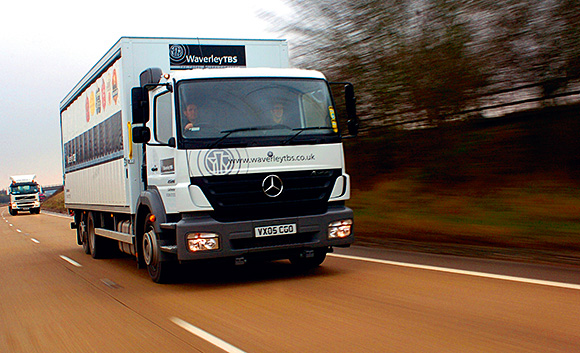 LICENSED businesses around Scotland were forced to quickly find new sources of drink supply last week after the sudden collapse of WaverleyTBS.

The wholesaler ceased trading with the loss of 685 jobs on October 8 – six days after entering administration.
Administrators at Deloitte have retained a team of 97 to help it realise value from the company’s assets, having almost conceded defeat in its attempts to find a buyer.
Deloitte did not officially comment on the reasons behind Waverley’s fall, but there was speculation that it had been hit by reduced margins, a tightening of credit terms and a withdrawal of bank support.
The pressure being felt in the on-trade due to the recession was also said to be a factor.
With Waverley unable to fulfil orders, the development left customers worried about finding alternative suppliers.
But with rival wholesalers moving quickly to fill the void, there were hopes disruption would be kept to a minimum.
Stephen Crossland, of the Benleva Hotel on Loch Ness, had been buying increasingly from Waverley for the last two years – after it was sold by Heineken to Manfield Partners – largely on account of its cask ale selection and prices.
But he said the choice had become less impressive lately.
“What I fail to understand is how a business that made £4.2 million last year can disappear into liquidation so quickly, it’s quite odd,” he said.
“In the last three or four months we’ve been looking at Waverley trying to find a beer we wanted to buy – in the past you’d want loads of them.
“The folk on the phone at Waverley had always been great – really friendly and really helpful – but in the last month or so we weren’t getting calls and deliveries were coming with different carriers and at odd times in the day and night.
“It was just all going a bit strange. It’s a shame because they were always a good company to deal with; it was predominantly the ale that attracted us to them.”
Crossland did not envisage running into supply problems, though, explaining that he had been approached by several merchants since Waverley’s crash. With enough wine in stock, he will wait until the winter before deciding who to work with.
Elsewhere in the country, a local wine supplier stepped in to ease a supply headache at The Howgate restaurant and bistro in Midlothian.
“The majority of our wines did come from Waverley but we have managed to get some equivalents from Villeneuve, who are based in Peebles, in the meantime,” said assistant manager Keith McLachlan.
“But we’ve been inundated with different companies coming to the door with their wine lists.
“We’ll have to be pretty quick [to find a new supplier] because we have quite an extensive wine list – we have over 70 wines so can’t take too much time.”
Waverley’s rivals said the company’s collapse was a stark indication of the pressures facing the wholesale market and the on-trade as a whole – see feature ‘Industry rocked as an old name exits stage‘.

Image – Waverley had long been one of the biggest names in on-trade wholesaling.