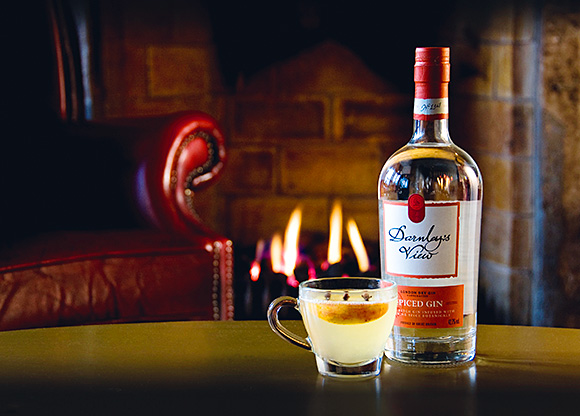 CONSUMERS’ growing interest in the provenance and traceability of produce has been well-documented.

It’s a trend that has reached beyond food to craft beer, cider and now gin.
As more and more small batch gins have reached the market, interest in the botanicals used to make them has risen.
Sharon Reid, marketing controller for Bombay Sapphire at Bacardi Brown-Forman Brands, said the emergence of new brands coupled with increased activity in the category has raised awareness of the complexities involved in making gin.
“Consumers are more aware of the botanicals involved as gin makers are more open about those which they use,” she said.
“The process by which Bombay Sapphire is made, as well as the botanicals used, taps into the current trends for knowledge about ingredients and their provenance.
“The flavour profile of the gin depends on the botanicals used and bartenders and consumers are more aware than ever about the differences in these.”
Beefeater brand ambassador Sebastian Hamilton-Mudge said drinks firms are increasingly using the content and production methods of their gins as marketing tools.
“There has been an increased interest in the provenance of food generally and some gin producers have been using this to differentiate themselves from the competition, specifying botanicals from particular regions,” he said.
Backing this view is Karen Stewart of Wemyss Malts, producer of Darnley’s View gin, who said today’s drinkers enjoy discovering the background to the products they consume.
“I’m not sure whether this has yet reached the actual provenance of botanicals used in the London Dry-style gins, however there is at least a growing awareness of which gins contain which botanicals and an appreciation of the provenance of the gin brands,” she said.
Some brands are taking steps to source ingredients as locally as possible.
Jane Camillin of Spencerfield Spirit Company, which produces Edinburgh Gin, said the firm sources many of its botanicals in Scotland.
“Our customers like to know the story behind our gin,” she said.
“We have found that our customers are discerning and like to know the provenance behind their drinks and where they are made.”
Also keeping local is Bruichladdich Distillery, recently acquired by Remy Cointreau, which uses 22 native Islay botanicals to produce The Botanist. 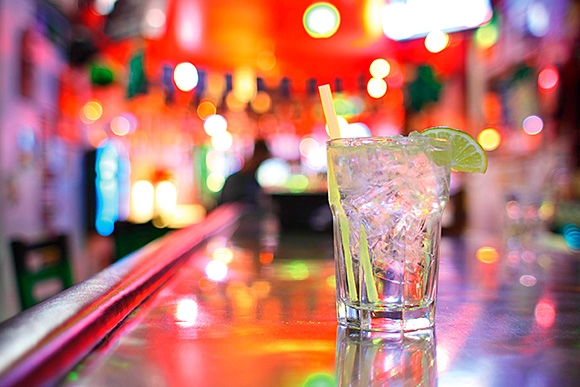 “Certainly consumers are attracted by all sorts of triggers, from packaging and price to recommendation and taste, but the only lasting one of these is taste,” said Simon Coughlin, chief operating officer at Bruichladdich Distillery Company.
“It can look great but will often fail the taste test.
“Taste is everything at the end of the day because you want return customers and to build the reputation of the brand for the long term.
“This is where a real story, provenance and ingredients are very important as the taste reflects all these points.”
Ervin Trykowski, brand ambassador for Inver House Distillers’ Caorunn gin, said brands with a story to tell can help bars boost sales.
“Story and heritage behind gin brands, like the Speyside origin and hand-picked local Celtic botanicals in the case of Caorunn gin, is essential for bartenders attempting to sell both the gin and the brand to a potential customer,” he said.
“Saying that, I don’t think it’s the most important aspect (that’s the liquid) but a tale behind the brand always helps when selling to consumers.”
This increasing awareness and knowledge of gin brands and botanicals has prompted consumers to experiment beyond the traditional gin and tonic serve.
Trykowski at Caorunn acknowledged that the G&T remains the most popular serve, but said a growing number of people are not only ‘bar calling’ gin brands but asking for specific mixers and garnishes.
“At The Finnieston in Glasgow we have adopted the Spanish approach to G&Ts, making them large and exciting,” he said.
“Caorunn and tonic with a few slices of red or green apple remains our best-selling G&T. However, we provide garnishes and tonics to match particular drinks and we find this level of variety keeps customers coming back for more.
“Gin cocktails always play a big part for certain bars but the key drink remains the traditional G&T.”
Gin cocktails are also on the agenda for Wemyss Malts, which is promoting a range of drinks using its Darnley’s View gin and recently launched Darnley’s View Spiced (see box left).
“Gin cocktails continue to inspire both bartenders and consumers,” said Stewart.
“For this autumn, we’re introducing a recipe for a hot cocktail punch for our new Darnley’s View Spiced Gin, which has warming spice botanicals including cinnamon, nutmeg and ginger.
“Darnley’s View Spiced Gin is also excellent with ginger ale and a squeeze of fresh lime.”
Hamilton-Mudge, brand ambassador for Pernod Ricard-owned Beefeater, said the ways in which consumers drink gin has been shifting over the past few years.
“This has led to a current split within the category between ‘old school’ gin drinkers who prefer the classic flavours such as Beefeater, and the ‘new school’ that seem to prefer the more modern interpretations with unusual botanicals,” he said.
“In both cases, consumers are realising that gin is a very versatile spirit that combines well with the variety of mixers, such as cranberry, bitter lemon and grapefruit, not just tonic.”
But Coughlin at Bruichladdich said the classic gin and tonic – a “fabulously refreshing drink with the right gin and served with a squeeze of lime or lemon and plenty of ice” – is hard to beat.
“Cocktails are certainly bringing life to the category with the mixology community experimenting with different flavour profile gins,” he said.
“[But] a great gin and tonic served correctly with a ‘real’ gin with real flavour and alcohol level creates a great drink.”

Method: Pour all ingredients into a pot and simmer until sugar has dissolved, keeping on the heat for a further five minutes. Garnish with an apple wedge studded with cloves.

Images: Above, Gin and tonic remains a popular serve but drinks firms said consumers are open to experimenting. Top, Wemyss Malts is promoting a range of cocktails for its Darnley’s View gin, including Hot Darnley’s View Spiced Gin Punch.