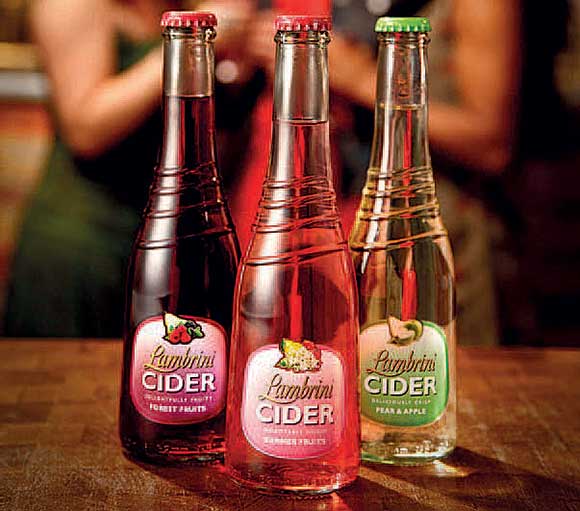 THE firm behind Lambrini Cider is giving consumers the chance to claim a branded umbrella as part of a new autumn marketing campaign for the brand.

The ‘Lambrolly’ will be offered through an on-pack promotion, under which consumers can collect tokens from promotional 75cl bottles of Lambrini Cider, consumers can then redeem the tokens for a Lambrini Cider ‘Lambrolly’.
The promotion, which will run across the brand’s Forest Fruits, Summer Fruits and Apple & Pear variants, is part of a wider autumn marketing campaign, including radio and magazine ads, designed to drive sales of Lambrini Cider in the run-up to Christmas.
Lorna Tweed, brand manager for Lambrini Cider at Halewood International, said the activity aims to reach 2.4 million 21-34 year old women through magazines like Cosmopolitan, Glamour, Take a Break, Heat and OK!
“Lambrini Cider launched in 2011 and it’s the latest innovation from the Lambrini family of products,” she said.
“Sales have been hugely successful throughout the summer months, despite tough trading conditions which have largely been attributed to the poor weather, and for this reason we decided to invest in an autumn promotion to maintain momentum in the run up to Christmas.
“We anticipate that the Lambrolly promotion will attract significant interest, and given the changeable climate in this country, giving away umbrellas seems particularly appropriate!
“When combined with the added push of our pre-Christmas radio and media campaign, we expect retailers to see an uplift in sales throughout the autumn and Christmas period.”