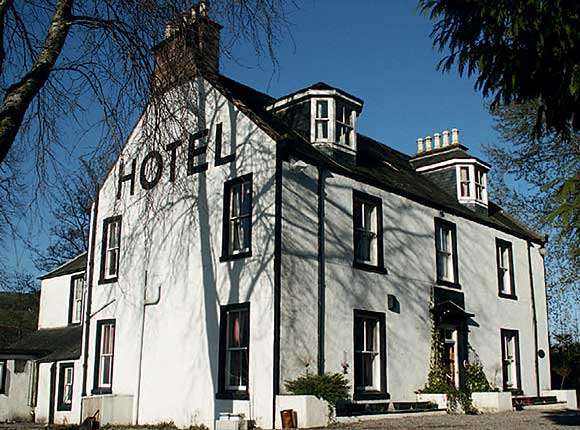 CRAFT cider is following hot on the heels of the burgeoning craft beer sector in Scottish pubs, licensees have told SLTN.

A growing interest in provenance has encouraged many drinkers to experiment with craft products, and it seems beer isn’t the only drinks category to benefit.
Inverness publican Derek Graham told SLTN that sales of Scottish craft cider Thistly Cross now match those of the mainstream cider he sells at Blackfriars, the pub he runs with wife Jeanette. Blackfriars stocks three variants of Thistly Cross: the 4.4% ABV Traditional, 7.2% ABV Original and 4% ABV Strawberry.
Derek said the cider is popular with consumers of all ages.
“This is the only place in the area, as far as I know, that stocks it,” he said.
“The message has got around and we get quite a few people coming in to try it. They love it.”
Elsewhere in the Highlands, Stephen Crossan, co-owner of the Benleva Hotel and Loch Ness Brewery in Drumnadrochit, said cider sales have soared since he replaced mainstream brands with craft ciders such as Westons Scrumpy and Thatchers Traditional.
“As soon as we changed [from mainstream ciders] about three years ago, which was quite a bold step, we found that our cider sales trebled,” he said.
“We used to sell half a keg [of cider] a week, instead of which we’re going through about four or five boxes, which is the equivalent of two and a half kegs.”
Maintaining consistent quality is key to maximising sales of craft cider, according to Stephen.
“It’s the same as real ale – people try it, they run out, and then they don’t have it for a few days and wonder why the real ale punters stopped coming in,” he said. “You either do it or you don’t, and if you do you’ve got to make sure it’s available all the time, not just some of the time.”
Providing craft cider on a permanent basis can be challenging, however, as so few are produced in Scotland.
“It’s harder to source the more interesting ciders simply because they’re coming from so far away,” Stephen explained.
“It’s the transportation costs. The only way we can figure to keep that down is by ordering a pallet-load. We haven’t done that yet, because it’s a big outlay, but it’s something we’re hoping to do in the near future.”
Adam Neil, assistant manager at Edinburgh pub Jolly Judge, echoed Stephen’s concerns about sourcing craft ciders north of the border.
“When you’re talking about craft suppliers, they’re not going to drive all the way up here to supply one or two pubs, and you’re not really getting the craft ciders from the bigger suppliers,” he said.
“I think it would be more worthwhile [for producers] if more people were stocking craft cider.
“If, let’s say, ten pubs in Edinburgh and Glasgow were stocking it the cider maker could make a one-day trip up and supply all those pubs, but it’s co-ordinating that [which is the challenge].”
The Jolly Judge is preparing to host its own cider festival later this month, when the pub will have eight craft ciders on draught.
“We’re one of the few pubs in Edinburgh that [stocks real cider],” said Adam. “There’s not many pubs out there that sell it, so I think people do come here for it.”