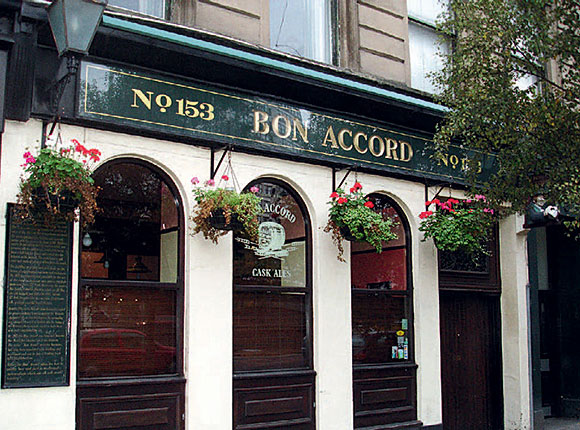 THE potential of cask ale to help pubs thrive was underlined last week when a new report found that the volume sold in the on-trade rose last year for the first time in two decades.

Cask has broadly outperformed the total beer market in the six years The Cask Report has analysed the market.
But according to its latest edition, published on the eve of Cask Ale Week last week, 2011 marked the first time cask volumes had risen in 20 years.
The report, backed by such leading cask lights as SIBA (Society of Independent Brewers), CAMRA and the Cask Marque Trust, as well as brewers like Caledonian in Edinburgh, Greene King and Marston’s, found that around 2.2 million barrels of cask (633m pints) were sold last year – up 1.6% on 2010.
It concluded that cask replaced keg as the most popular draught ale format last year, increased its penetration of the pub market to 56%, achieved a 53% ‘ever tried’ rate among UK adults and saw it consumed more often by existing drinkers.
The report also found that:
• product range and communication is key to cask success
• trial is vital in attracting new drinkers
• cask distribution is rising in cafe bars and town centre circuit venues, though wet-led pubs are still the backbone
• interest in cask among younger consumers and women is holding steady
• and ‘try before you buy’, the focus of Cask Ale Week (September 28 to October 7), is the most effective way to introduce new drinkers to cask.
The findings came as no surprise to operators of specialist cask ale pubs in Scotland last week, including Paul McDonagh of the award-winning Bon Accord in Glasgow, where cask sales are “ever-increasing”.
McDonagh said the microbrewing scene in Scotland was now extremely competitive, with the beer made by Scottish micros of a high standard.
“What we’re finding now is that there are so many small independent breweries in Scotland that we can’t give them all a turn,” he said.
“I could turn the Bon Accord into a Scottish-only ale shop and there wouldn’t be a problem with quality – the quality up here is very good just now.
“From my point of view, I’m taking less beer from the ones that were there ten years ago.
“But on the other side there are more places putting one or two pumps in.”
Cask is also a mainstay at the Grog and Gruel in Fort William, where it’s the only form of draught beer offered.
The bar has focused on cask since it opened in 1994 and manager Neil Dennison said it has been “carried along” by the category’s more widespread renaissance in recent years.
“We’ve always found that customers come to us just for beer,” he told SLTN.
“We only do local and Scottish beer and most of the trade in the bar is done through local cask beer.
“We’ve been doing this since 1994 and every year it just seems to have grown in popularity. We’ve been lucky in the sense that we’ve almost been carried along by it.”