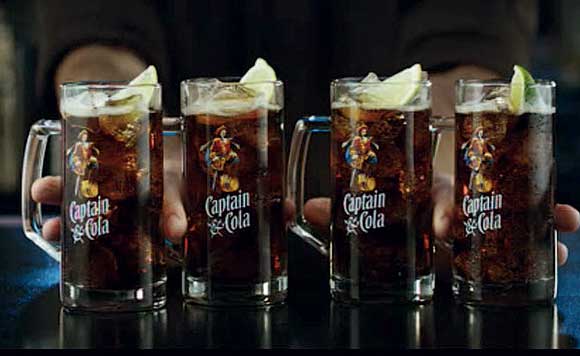 SPICED rum Captain Morgan’s has made its small screen debut in the first UK TV ad campaign for the brand.

Called ‘Gone’, the advert features four friends enjoying the signature serve of Captain Morgan’s Spiced and cola in a bar.
To tie in with the Captain Morgan character, the ad ends with all four friends striking a ‘Captain-like’ pose, followed by the tagline ‘got what it takes to live like the Captain?’

The Captain character has contributed to the brand’s success in the on-trade.

As well as the inaugural TV ad, promotional kits will be distributed to on-trade outlets and activity on the brand’s Facebook page will give consumers the chance to win various branded prizes.
“Over the past year Captain Morgan’s Spiced has enjoyed huge success in the on-trade thanks to the introduction of the Captain character to the already successful spiced variant and the investment made in experiential activity at the point of purchase,” said Violeta Andreeva, marketing manager for Captain Morgan’s Spiced at Diageo GB.
“We have worked closely with outlets to bring legendary on-trade experiences to over 300,000 consumers across the country.
“The football activity that ran earlier this summer was a great success with outlets that received branded POS kits reporting a 28% spirits sales uplift over the period of the football tournament. The corresponding activity on our Facebook page also generated over three million hits on YouTube.
“The new TV campaign has been created to maintain this upward trend by attracting more male consumers into the golden rum category through dialling up the personality of the brand and its relevance to on-trade occasions.”