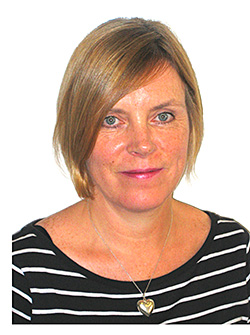 A CALL was last week made for a more balanced approach to the alcohol debate following the publication of more alcohol harm statistics.

Licensing lawyer Stephen McGowan wants the positive role the responsible sale and consumption of alcohol can play in society to be better highlighted, claiming a proper debate on alcohol must consider the benefit as well as the detriment alcohol can bring.
McGowan spoke out as Alcohol Focus Scotland published figures showing the ‘cost’ of alcohol harm to each of the 32 local authority areas in Scotland.
The figures, which were taken from The Societal Cost of Alcohol Misuse in Scotland for 2007, produced by the Scottish Government in 2010, estimated a central cost of £3.6 billion. The study revealed Glasgow had the biggest bill for alcohol misuse at £364.8 million, or £625 per head, while Edinburgh came in at £221.3m or £455 per head.
AFS, which published the statistics ahead of its annual National Licensing Conference, said the figures provide “more evidence of the need for licensing boards to take action to restrict the availability of alcohol in their areas”.
But, writing in SLTN (see page 8), McGowan said general alcohol harm statistics “cannot be used in a licence hearing as a weapon to refuse an application”.
“Licensing boards and even sheriffs are criticised for ‘not doing enough’, but they must act within the law,” he said.
“The law requires boards to proceed on an evidential basis with each application taken on its own merits. You can’t lay the blame at the door of the licensing boards, which after all can only act within the law – and if they do not, risk exposing themselves to costly appeals.
“The benefits brought by the responsible sale and consumption of alcohol must also be highlighted. How much does the alcohol industry contribute to the economy? How many jobs does it provide?
“The health lobby has argued that licensing boards should close themselves to all of that.”
Dr Evelyn Gillan, chief executive of AFS, said Scotland’s licensing system requires boards to consider the protection and improvement of public health.
“But we need to make sure that this principle is put into practice,” she said.
“With the majority of alcohol sold in Scotland bought from supermarkets, and most people drinking at home, we need to shift the focus of licensing away from individual on-sales premises to managing the overall availability of alcohol.”
Scottish justice secretary Kenny MacAskill told the conference that the public health objective is the “most ambitious and innovative” of the five licensing objectives.
“It has not been easy for licensing boards to incorporate the public health objective into their thinking,” he said.
“However, it is important that it is given due consideration.”